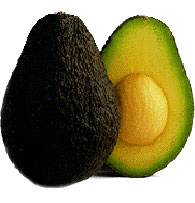 Avocado history: this is a modern avocado. Where do avocados grow? Mexico.

Where do avocados come from?

Avocados first evolved about 350 million years ago. That was in the Cretaceous period. Avocados evolved about the same time as other flowering plants like tomatoes and sunflowers. They’re a kind of large berry that’s native to Mexico.

When did people start to eat avocados?

People probably began to eat wild avocados as soon as they got to Mexico, about 20,000 years ago. We know for sure that people were eating avocados by around 8,000 BC. Avocados were valuable because they have a lot of fat in them, and Mexico can be a hard place to find fatty foods to eat. Avocados are also good sources of vitamins.

What was going on in the Stone Age? 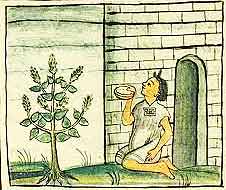 Where do avocados grow? Aztec man with guacamole; see the avocados on the tree? (Florentine Codex, 1500s AD)

But these wild avocados were small. And most of the inside was taken up by the seed. There wasn’t much fruit to eat on them. You had to pick a lot of them to get a meal.

Once people started to farm corn, around 7500 BC, it didn’t take too long before they got the idea that they could develop a better avocado too. People were eating avocados in Peru, at Huaca Prieta, by around 6000 BC or earlier, and then the Norte Chico people also ate wild avocados.

Not long after 4000 BC, people were helping wild avocado trees along. They were breeding avocado plants to have bigger fruit with less of the space taken up by the seed. In fact, three different groups of Mexican and Central American people began growing avocados about the same time, independently of each other. They might have started to grow avocados because of a climate change about this time. 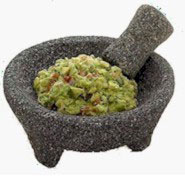 Some time later, people began to really farm avocados. They planted the seeds in gardens near their houses. Traders brought avocado seeds south to South America. When the Aztec moved south into Mexico in the 1100s AD, they started to eat and farm avocados too.

More about the Aztec

Paying your taxes in avocados

By the 1500s, the Aztec government was accepting avocados as tribute or taxes from areas of Mexico where people grew a lot of them. Our word for avocado comes from the Aztec name for avocados, ahuácatl. Apparently Aztec people in the 1500s thought it was very funny to also use this word to mean “testicles”, because avocados have almost the same shape as testicles. (Compare West Asian figs, which are also kind of shaped like testicles).

Where does the word “guacamole” come from?

Aztec people often mashed avocados into a sauce, which they called ahuacamolli. Our word “guacamole” comes from the Aztec word.

How to make guacamole

The Columbian Exchange and avocados

When Spanish explorers reached Mexico in the 1500s, they brought avocados to the Philippines and to the Caribbean to grow there. By the late 1500s, people were growing avocados in the Philippines (along with other American foods like peanuts and sweet potatoes). By 1696, there were avocados growing in Jamaica.

More about peanuts
And sweet potatoes
Where’s the Caribbean?

Then traders looked for other hot places where you could grow avocados. Around 1750, farmers were growing avocados in Indonesia. Avocados reached Brazil in 1809, and Hawaii in 1825.

People were growing avocados in South Africa, India, and Australia in the late 1800s, but avocados never became very popular in India. Avocados were growing in Palestine (Israel) in 1908.

History of avocados in California 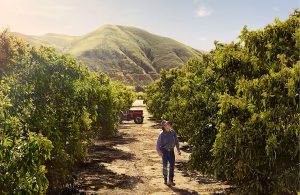 Spanish settlers in California brought avocado seeds there from Mexico and planted them.

By the early 1900s, avocado farming grew to be a big deal in California. But in the United States, most people didn’t start to eat avocados much until the 1990s and 2000s.

When did Europeans start eating avocados?

Explorers brought avocados back to Europe for people to taste in the 1500s. But you couldn’t buy avocados in grocery stores in Europe until the 1960s. Avocados caught on first in France, where they were very popular in the 1970s. Today European farmers grow avocados in Spain and southern France.

Looking for a second source about avocados? Check out this Britannica article.

Did you find out what you wanted to know about avocado history? Do you know where avocados grow? Let us know in the comments!

Bibliography and further reading about avocados and guacamole: