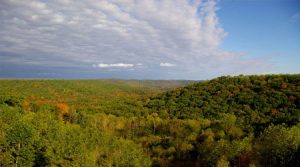 Who are the Mandan?

The Mandan are relatives of the Sioux people. Around 500 AD, they probably lived in the Midwest of North America, in what is now Ohio. They probably lived along the Ohio river valley, trading north on the Great Lakes and down the Ohio River to the Mississippi River and Cahokia. They sold flint and soapstone, and they bought copper and maybe tobacco and cotton cloth.

Who are the Sioux?
Mississippi people
The early Shawnee
All our Native American articles

Like their Sioux relatives, and like the Mississippians to their south, the Crow to their west and the Shawnee to their east, the Mandan probably built earth mounds and farmed corn and beans and sunflowers.

The Three Sisters
Where do sunflowers come from?

The Mandan move to the Dakotas

When the Sioux moved north about 1000 AD, maybe in response to a global warming period, they moved into the Mandans’ territory in Ohio. Probably the Mandan were forced out.

They moved further north and west, pushing the Crow before them, to much less fertile land along the banks of the Missouri river in what is now North and South Dakota. Mandan historians recalled that the Mandan had moved from an eastern location near a lake.

In the Dakotas, the Mandan built nine villages on either side of the Heart River. Mandan women built and owned all of the Mandan houses. Their houses were rectangular, with four wooden pillars whose cross beams held up the roof. Each house held several families – thirty or forty people. Villages often had wooden fences around them for defense.

Did you learn what you wanted to know about Mandan history? Let us know in the comments!

Learn by doing: cooking pinto beans
The Mandan after 1500 AD