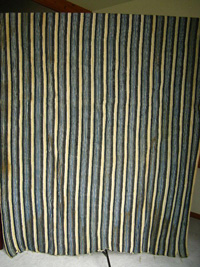 In the late 1400s AD, Portuguese traders figured out how to sail to West Africa instead of getting there by caravan routes across the Sahara Desert.

What did West African traders sell?

History of cotton
Sugar and slavery
What is ivory?

What did West Africans buy?

Indian economy
Steel and sewing needles
African food and colonization
What are mercenaries? 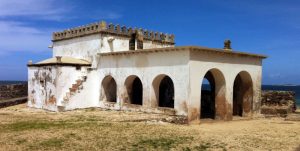 These same Portuguese traders soon got all the way around Africa to East Africa, where they set up a trading colony in what is now Mozambique.

Britain takes over the trade

By the early 1600s, British traders under Queen Elizabeth I had mostly forced the Portuguese and Spanish ships out of African trade. British traders kept on buying and selling the same things, but they added rum – a kind of strong alcohol made from sugar. West Africans kept on producing and selling cotton cloth through the 1700s. Traders sold it in Brazil and the Caribbean.

Did you find out what you wanted to know about the early modern African economy? Let us know in the comments!

Bibliography and further reading about the African economy:

More about the trade in cotton cloth
Quatr.us home