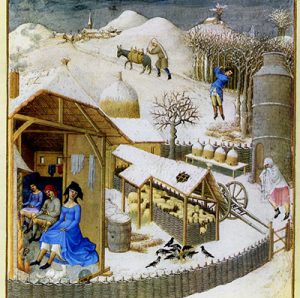 Why do we call it Lent?

Lent was originally a Germanic word for the season of Spring and an early English word for the month we call March. The word “Lent” may come from older words meaning “longer days”. That’s because the days get longer in the spring. In the ancient and medieval worlds, Lent was the hungriest time of the year. You were hungry all the time because you had already eaten most of the food stored for the winter. And nothing new was growing yet in the spring. All over the world, that was a hungry time of year.

Why do the seasons change?
What is Easter?
And Mardi Gras?
History of Christianity
Roman religions
All our ancient Rome articles

When did Lent get started? 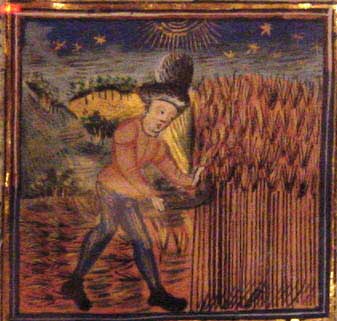 Beginning about the time of Constantine, roughly 300 AD, Christians began to think of Lent as the period of forty days before Easter. Easter also comes from a Germanic word for “East” that was probably a month name. In Early Medieval Europe, Christian bishops told Christians that God wanted them to fast – to eat very little food – for forty days before Easter. You were only supposed to eat one meal a day, and no meat or eggs or dairy (only fish).

What is a bishop?
History of fish and fishing
Early medieval timeline

Why did people observe Lent?

This was so you could share in the suffering of Jesus when he was being crucified, and so you would deserve to be saved by the sacrifice that Jesus made for you. You were also supposed to pray more than usual. This period of fasting helped people make their food last until spring, while feeling like they were doing something good instead of just being hungry.

Life of Jesus
Noah and the Flood
Moses and the Jews

Lent lasts for forty days because that’s a very common number in the Bible – the Flood lasted for forty days, the Jews wandered in the wilderness for forty years, Jesus spent forty days in the desert, and so on. It’s about six weeks, which is a common amount of time we use for things today, too.

How does Lent end?

In both older religions and Christian traditions, Lent ends at Easter with a big feast to celebrate. Christians think of their Easter dinner as celebrating the rebirth of Jesus. Older religions in Mesopotamia and China thought of it as celebrating the first new food of the spring. Jews thought of it as their Passover, celebrating their escape from slavery in Egypt. All of these people eat the same early spring foods at Easter – lamb, eggs, parsley, rabbits, and barley bread.

Did you find out what you wanted to know about the history of Lent? Let us know in the comments!