Who is Athena? Ancient Greek gods 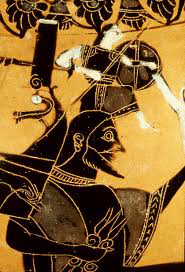 Who are Athena’s parents?

Athena is one of the younger Greek goddesses; she is Zeus‘s daughter. Her mother was Metis (Wisdom).

How was Athena born?

The story is that Zeus swallowed Metis, already pregnant with Athena, and then Athena was born, fully grown and armed, out of the head of Zeus. One day Zeus complained that he had a headache, and Hephaistos came and banged him on the head with an axe and out popped Athena!

Athena has no husband. She doesn’t fall in love and she doesn’t have children. So Athena’s doubly a virgin: she wasn’t born out of a woman in the normal way, and she never gives birth either. She’s extra-virgin, like the olive oil she represents! 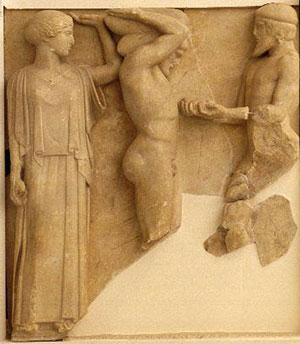 Athena is the goddess of wisdom; her symbol is the owl (the wise bird).

She’s the patron goddess of the city of Athens, and her owl appears on Athenian silver coins.

Check out the coins

According to the story, Athena and Poseidon were arguing about who should be the main god of the city of Athens, and they each offered gifts to the city. Poseidon offered horses, and Athena offered olive trees, and Athens chose the olive trees.

More about Poseidon
The city of Athens

Goddess of war and manufacturing

Athena is also a war goddess, which is why she is usually shown fully armed, with her shield and sword. And, because she’s so clever, she’s the goddess of crafts like weaving and pottery.

History of weaving
Where does pottery come from?

You might say that Athena is a goddess of money-making, of manufacturing and plundering, of anything that brings profit to the city of Athens. That makes her super-appropriate to have on Athens’s coins, right? 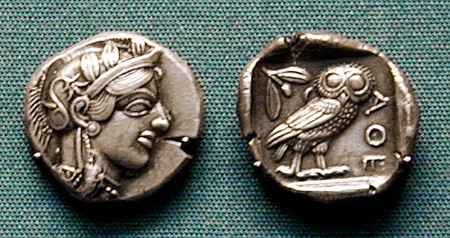 Athena’s a big player in the stories of Arachne and Medusa, and the story of Herakles and Atlas. Athena also plays a big part in the Odyssey. She’s related to the Roman goddess Minerva.

Bibliography and further reading about Athena:

We Goddesses: Athena, Aphrodite, Hera by Doris Orgel and Marilee Heyer. With a more feminist view.