How long did people live?

Throughout the ancient and medieval worlds, people died much younger on average than they do in North America or Europe or China or Japan today. (Though they lived longer than the average in some countries in modern Africa).

The average age at death today in the United States is about 82, while in the Roman Empire it was probably about 35. That seems like an enormous difference, but mostly the average is low because a lot of babies died soon after they were born.

Here’s a project with averages
to help you see why this is true.

A lot of babies died

Exposure and infanticide
What is dysentery?
Challenges and disabilities

Also it was partly from being so small and weak. So if they caught ordinary illnesses like dysentery (diarrhea) they were more likely to die of them than bigger people. Historians think that about a quarter of all babies born died before they were a year old (one out of four babies). 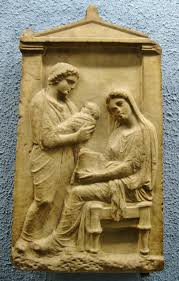 A lot of children died, too

Then a lot of kids died too. Probably about half of all the babies born died before they turned ten. Again this was mostly from being smaller and weaker. Kids were more likely to die from diseases that everybody caught, like measles or malaria.

What is measles?
And malaria?

Many fewer people died of disease between about 10 and 40. At this age people are strong and healthy. Even if they catch diseases they generally live through them. Some men did die at this age because they were killed in war. And many women died in childbirth (while they were having babies).

Midwifery and childbirth
Roman army and war
Why do people fight wars?

Because so many babies died, women had to average about five live births each, just in order to keep the number of people steady. But recent studies suggest that war and childbirth did not kill nearly as many people as disease. 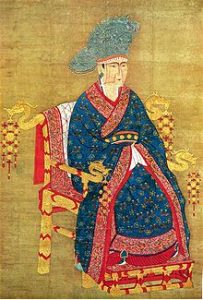 What did middle-aged people die of?

After the age of 40, more people began dying of diseases like malaria and dysentery. Because they ate less meat and more vegetables, they didn’t die so much of things like cancer, heart attacks, and strokes as they do today.

Without medicines, though, most people died in their forties and fifties. Because of this, most people did not ever know their grandparents, who died about the time they were born. Many kids lost one or both parents before they grew up. About a third of Roman boys seem to have lost their father before they were grown up.

Did anyone live to be very old?

Still, it was not very unusual for people to live into their eighties. And if nothing went wrong and you had enough food you could live to be about a hundred years old, as people do now. People’s life expectancy wasn’t any shorter than it is now, if they stayed healthy.