Why do people fight wars?

When did people start to fight wars? 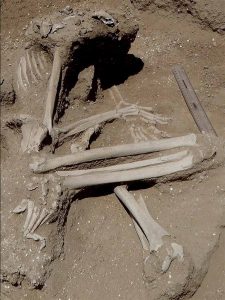 Why do people fight wars? This woman, in the last stages of pregnancy, was tied up, beaten, and dumped in a lake by attackers. (Kenya, about 8000 BC)

People seem to have fought wars as soon as there were people. Even groups of chimpanzees will cooperate to push another group out of their territory, or to get hold of better land.

Archaeology shows that Stone Age people in Kenya, about 8000 BC, fought to get access to a valuable lake. The attackers seem to have taken the people who lived by the lake prisoners, tied them up, and beaten them to death. Then they threw their bodies into the lake.

But as soon as people started farming, their wars got bigger and more serious.

When you decide to get most of your food from farming instead of hunting and gathering, you’ve made a commitment to the land where you planted your seeds. You have to keep that land safe until you harvest the food, or your whole group will starve. 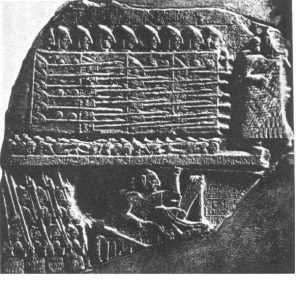 Men did the fighting, and women stayed home to make and take care of more and more babies, so they could grow up and fight too. Men started to seem like natural soldiers, and it started to seem natural for women to stay at home and care for people.

(More about women in ancient Mesopotamia)

Not everybody liked this strategy, but the people who fought and made a lot of babies won, and the other people lost and became their slaves, or their serfs.

Are there good reasons for fighting wars?

It’s easy to go to a protest and say that war is bad, but a look at some of the wars that were fought during antiquity will show that people generally believe they have good reasons for fighting wars. Hardly anybody thinks killing people is a good idea, unless they can see no other solution for some serious problems of their own.

Should you fight wars to feed your children?

Nubian archers in the Middle Kingdom (from the Nubian museum in Aswan, Egypt). About 2000 BC.

One reason that people fight wars is that there is no longer enough food where they are, and they have to find more land and food somewhere, or they and their children will starve.

This is probably the cause of all those invasions from Siberia south into Iran and China: the Yamnaya, the Persians, the Parthians, the Huns, the Turks, the Mongols. It is also the cause of the Germans invading the Roman Empire.

(More about the Mongols)

Should you fight wars to keep your country safe?

Another reason that people fight wars is that they are afraid of being invaded, and they believe that they can be safer by conquering dangerous enemies on their borders, than by waiting to be attacked. This is probably the cause of the Persian Wars, and the Peloponnesian War, and the expansion of the Roman Empire.

(More about the Persian Wars)

Should you fight wars if God wants you to?

A third reason why people fight wars is that they believe God wants them to convert people to their religion. This is at least one of the reasons for the Arab invasion of the Roman Empire and the Parthian Empire, and it is part of the reason for the Crusades.

(More about the Crusades) 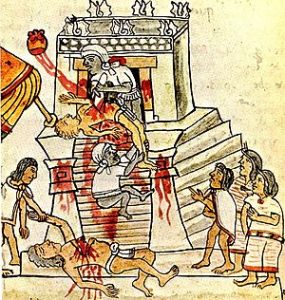 Should you fight wars to give your army something to do?

Or people fight wars because they have been fighting them, and it is very hard to stop once you get started. You get started fighting people in order to protect your own boundaries, or because you have been invaded, but then suppose you win?

There you are with all these soldiers, trained killers with spears and swords and armor. It’s hard to tell them you’re going to stop paying them now, and please go home quietly. They’re liable to take that badly. Much safer to keep on fighting. This is behind the conquests of Alexander the Great, for instance, and maybe the Assyrians.

(More about Alexander the Great)

For a completely different take on this question, check out this interesting article from the Guardian.