Now all this is mostly my own ideas, so I could be wrong. But see what you think: 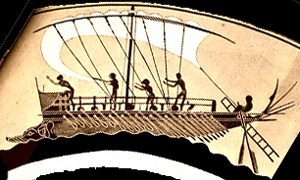 Some of the men will be happy to just leave the army and go home to their farms and their wives or their families. But others, especially if the war has been a long one, may no longer have wives or families or farms to go back to, or they may not want to go back anymore. They’ve spent their whole lives fighting, and it’s exciting and fun, and anyway it is what they know how to do, and they want to keep on doing it. 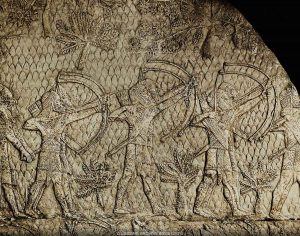 Assyrian archers during the siege of Lachish, Israel. Stone bas-relief from the palace of Ashurbanipal in Nineveh, Iraq

If you tell such men “Thanks, the war is over now, go on home,” many of them will become criminals, outlaws, bandits, robbers. They will get into fights all over the place. They will beat people up and take their money. Some of them will become homeless beggars. It’s a mess. After the Peloponnesian War in Greece, for example, this sort of thing was a big problem.

Another thing that can happen is that some of these men get together, form their own independent army, and try to take over the government in a civil war. The civil wars of the end of the Roman Republic may be related to this.

So you have to find some way of dealing with these men to keep this from happening. One way is just to keep on fighting until you do manage to get a lot of the men killed, or to find a way to lead them into someplace where they will get killed, or let them catch diseases or something. 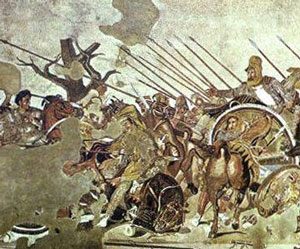 This may have been what Alexander did: he inherited a victorious army from his dad, and he used it to conquer West Asia. When even that failed to kill them off, he marched them across a desert, and lost three-quarters of his army, 75 000 men, in a matter of weeks. Either this is remarkably poor planning for a man who is known as a planning genius, or maybe he did it on purpose.

Another way is to give them farms to live on, so they will settle down. Augustus did this with many of his soldiers after the Civil Wars in Rome. 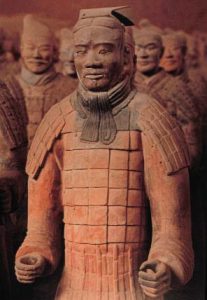 Or you can keep on paying them salaries even though they aren’t fighting anymore. Augustus and later Roman Emperors did this. It keeps the soldiers quiet, but it is still very expensive for the taxpayers.

The Islamic Empire did this as well, continuing to pay Arab soldiers out of tax money by taxing people who lived in the Islamic Empire but remained Christian, Jewish, or Zoroastrian in their beliefs.

Learn by doing: find out what benefits veterans get in your country
More about the history of war