Wars of the Roses – Medieval England

The red rose of Lancaster

The white rose of York

The other side was the York side. They took a white rose as their symbol. Richard’s cousin Henry – another of King Edward III‘s grandsons – killed Richard and made himself King Henry IV. That was the York side. When Henry IV died, his son succeeded him as Henry V, who fought in France in the Hundred Years’ War but got killed. 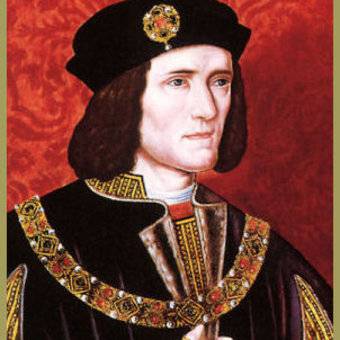 Henry V’s son Henry VI succeeded him in turn. So he was another York ruler. But he suffered from mental illness and couldn’t rule very well. He ended up losing the Hundred Years’ War and all of England’s land in France. Then he seemed like a loser. People thought they might do better with a different king.

Richard, Duke of York – another York dude – thought he would be a good choice. Like Henry V, Richard was also Edward III’s great-grandson. Richard never succeeded in becoming king, but when Henry VI died, Richard’s son Edward IV did become king. And after Edward IV died his younger brother ruled as Richard III. Richard III fought with his army even though he was born with scoliosis that twisted his back. All of these men were on the York side. It looked like the House of York had won the Wars of the Roses. 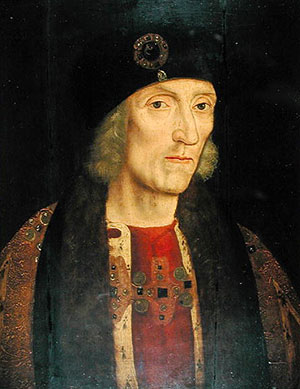 But then the Lancaster side found new energy in a man named Henry, who decided to fight to be king. He was almost totally unrelated to any earlier king – his grandfather had just been Henry V’s widow’s second husband. But Henry got major military support against Richard from Anne, who was ruling France. In 1485, Henry VII killed Richard III at the Battle of Bosworth Field and became king. That was the end of the Wars of the Roses, so the Lancaster side won.

As it turned out, though, Henry VII was a very strong king. He weakened the power of the rich men so that he could stay in power. He made Parliament stronger, but not the aristocratic parliament. Henry VII worked mainly with the new lower-class part of Parliament, the House of Commons, rather than with the House of Lords. (It’s traditional for strong kings to get their power from ordinary people against the rich people. Compare the tyrants of ancient Athens, or Augustus in ancient Rome.)

Learn by doing: Richard III
What happened next? Henry VIII and the Reformation

Bibliography and further reading about the Wars of the Roses: