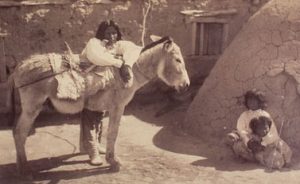 A Pueblo family with a donkey in 1885 (Detroit Publishing Company)

Since 1500 AD North American people’s relationships to one another have seen big changes. In the 1500s, most kids lived in small villages with their families. Many kids grew up in longhouses or pueblos, with their cousins and aunts and uncles sharing their house. Nobody went to school, because there weren’t any schools. But many of these people died of smallpox. Different people from Europe, Asia, and Africa moved to North America. Then it became more usual for kids to live just with their mother and father.

A boarding school for Cree children in the 1960s

And by the late 1800s most kids began to go to school, at least for a few years – both boys and girls. This was a good thing for most European kids. But the government took many Cree and Inuit kids away from their families and forced to go to boarding schools run by Europeans. The government wanted to keep kids from learning their traditional ways of living. 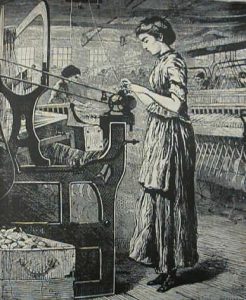 In the 1500s, families were the most important people that you had around you. A lot of people, especially among nomads like the Ute, lived alone with just their family. But as the European, African, and Asian settlers moved to North America, many people came alone. They didn’t have any family, and they had to depend on friends for help. Slave-owners often forced African people away from their families. Even people who came with their fathers and mothers didn’t have their cousins anymore. They had to make new friends.

So friendship became very important in North America. In the 1900s, as more and more people moved to the cities, they met lots of new people at work. Or they met in parks or at social clubs. So friendships continued to be very important as a way to find jobs, or find someone to marry, or anything else where people could help you out. 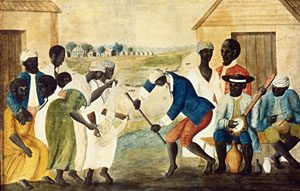 Among the early settlers, in the 1700s, people did usually move into their own small house (often just one room) when they got married. African people who were forced to come to North America as slaves were not usually allowed to marry at all. But they did marry anyway, even though they were always afraid of being sold away from each other. The usual age when people get married has changed back and forth many times over time. Sometimes people marry when they are older. In the 1700s, people often had to wait until their indentured servitude was over. Sometimes people marry very young. In the early 1900s, many young people moved to the cities and met other young people and got married right away.

Slavery was another important part of many people’s lives between 1500 and 2000 in North America. Some people were enslaved in North America even before the Europeans arrived. Often these were people of different tribes who were captured during an attack on their village. When the Europeans first came to North America, they tried to enslave the people who were already living there. But this failed because most of the people they enslaved died of sickness. Then the British government forced thousands of people to come to North America to work as indentured servants. That’s a kind of temporary slavery. After 1718, many of these were people who had been convicted of crimes in England, usually stealing. The British government thought indenture was a way to get rid of them and make them useful. Other people volunteered to be indentured servants. They wanted a cheap way to get from England to North America. 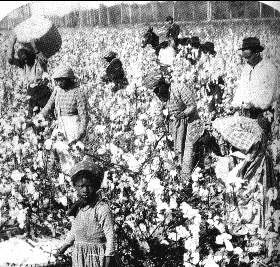 Then the Europeans forced millions of African people to come to North America. They made the Africans work as slaves, especially along the East Coast and in the South. After the American Revolutionary War in 1776, no more indentured servants came from England. And by the early 1800s no more new Africans came as slaves either. But there were still many African slaves in North America until the Civil War. Then Abraham Lincoln finally announced that all the slaves would be free.

The enormous diversity that North America developed with all these new people moving in from all over meant that there were also many different attitudes. People thought differently about racism, friendships, kids, marriage, and families.

In 1500, nearly everybody living in North America was Native American, with reddish-brown skin like modern Native Americans or Hispanics. By 1700, most of those people had died of smallpox or measles. New people were moving in from Europe, Asia, and Africa. Many of these people were white, but the African people who were forced to come as slaves were black. Some African black people came as free people. People came from all over Asia. So there were people of Chinese, Japanese, Korean, and Vietnamese origins as well. In the 2000s, more and more Hispanic people live in North America. More white people are marrying people of color. On the average, American people’s skin color is getting darker, and more like it was in 1500.