Who were the Norse gods?

From their first appearance in historical literature around 100 BC, the Germans were polytheistic. They believed in many gods, just like the Greeks and the Romans and the Persians and the Indians and other Indo-European people. In fact, the most important German gods are closely related to the Greek and Roman gods. All three sets of gods come from an original Indo-European religion.

What is polytheism?
Roman religion
Who were the Indo-Europeans?
All our Northern Europe articles

Like the Greeks, the Germans believed that the world started with nothingness. One god formed out of the nothingness and was the parent of the other gods. The Germans called this first god Twisto, or Ymir (depending on the region). Ymir was fed by a cow, and this cow made a man by licking a salty block of ice.

Where do cattle come from?
The Greek god Kronos 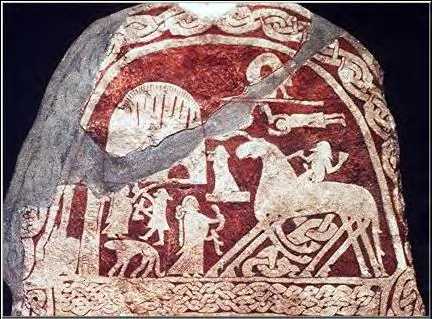 Who were the Norse gods?

The most powerful of the German gods was Odin (or Wotan) the oldest and the chief of the gods. He was tricky, hard to pin down, and magical. Tyr and Freya and Thor were the other main gods.

More about Odin
And about Tyr
Who was Freya?
What about Thor? 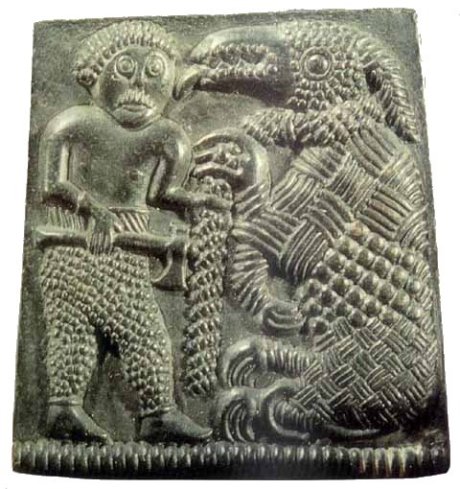 The Germans called the main part of the world, where people lived, Middle-earth. They believed there was a big ocean surrounding Middle-earth (as Germany indeed has the Atlantic Ocean to the west, the Baltic Sea to the North, and the Mediterranean to the south).

What is a rainbow?
Who was Persephone?

Somewhere within Middle-earth, they said, was Asgard, where the gods lived. You got there by crossing the rainbow like a bridge. The world of the dead, Hel, was in the cold north somewhere. People sometimes associated it with a world of giants. These giants attacked fertility goddesses and carried them off just as Hades did to Persephone.

Learn by doing: Draw a map of Middle-Earth, Asgard, etc.
More about Odin