Corn and beans and squash

People who lived in the Iroquois nation in the northeast part of North America ate mainly corn and beans and squash that they farmed: the Three Sisters. They made the corn into flat bread like tacos or tortillas. Inside the tortillas, they rolled up mashed beans and squash, like a burrito today. That was the same way that Pueblo and Mexican people ate their corn. 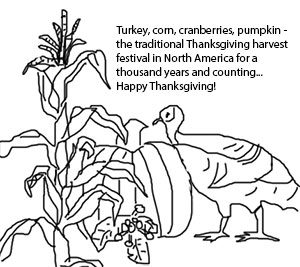 But Iroquois people also cooked corn into mush by boiling it in water like oatmeal. They kept a pot of corn mush soup simmering over the fire all day. That’s because it was much colder up north where the Iroquois lived. It was often cold enough to keep a fire going all day long anyway, for heat. People could just dip some corn mush out whenever they got hungry. Iroquois people didn’t generally have set meal times. 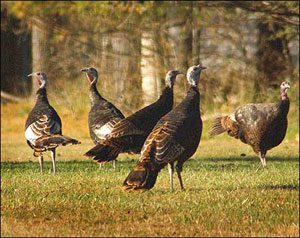 Iroquois people also ate a lot of meat, especially turkey and other wild birds, deer and rabbits, and a lot of fish. They dug clams and oysters along the coast, and trapped lobster. They sometimes roasted their meat or baked it in the coals from their fire. Iroquois people might eat their meat or fish on its own, or mixed with corn mush, or rolled up in a tortilla.

History of fishing
Bows and arrows

Iroquois people also gathered many wild foods. Those included blueberries, mushrooms, chestnuts, and wild roots that were not too different from carrots, onions, garlic, and potatoes.

All about chestnuts
More about gathering

Did you find out what you wanted to know about Iroquois food? Let us know in the comments!