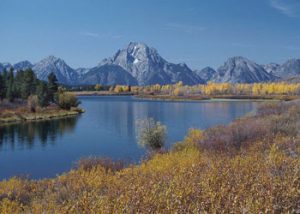 Where did the Shoshone come from?

The Shoshone people’s ancestors were the Cochise culture. They lived in the southwest of North America about 8000 BC. With the end of the last Ice Age, the southwest got too dry to support everybody, and the culture split up.

Related to Aztec and Ute

The ancestors of the Shoshone, Paiute, Aztec, and Ute moved north and lived around the edges of an enormous lake.

The lake covered most of northern Nevada and into Wyoming and Utah and Colorado. When this too began to dry up about 7000 BC, the Aztec and Ute moved south again, and only the Shoshone and Paiute stayed where they were.

Where did the Shoshone live?

So by about 5000 BC, the Shoshone people (you pronounce it show-SHOW-nee)  lived on the western Great Plains and the east side of the Rocky Mountains, in what is now eastern Oregon, Idaho, Wyoming, Montana, Utah and Colorado. Their language is distantly related to the language of the Utes and the Aztecs.

In their language, the Shoshone called themselves the Newe, which means “the people”. Our word Shoshone is probably a name their neighbors called them.

What did early Shoshone people eat?

Shoshone people were not farmers. They were nomadic, and they hunted and gathered all of their food. They walked around their territory to different places to harvest different wild foods as they came ripe.

In the spring and summer, Shoshone people gathered seeds, especially pine nuts. They dug up roots like wild onions (camas) and wapato, and they picked berries as they came ripe. Then the Shoshone dried the berries in the sun to store them. And they hunted rabbits and other small animals.

In the fall, they came to Idaho to fish in the rivers there, and to gather pine nuts. When the fishing was over, they hunted bison, moose, and deer. Then Shoshone people spent the long, cold winter quietly telling stories in their lodges.

Grass lodges in Oklahoma, like those where the early Shoshone lived (1898)

Northern Shoshone people lived in tipis made of bison skins – they were much like the Indians you see in old cowboy movies, only without horses or guns. But unlike the Sioux to their east, Shoshone people did not wear feather headdresses.

Further south, Shoshone people lived in houses made by weaving grass or sagebrush together into lodges, and many of their neighbors called the Shoshone the “grass-house people“.

Shoshone wars with the Pueblo people

About 1200 AD, some of these southern Shoshone people may have gotten together with the Ute and Paiute to invade Pueblo people’s land, far south of them in what is now New Mexico and Arizona. And not long after 1500, the Shoshone began to see the effects of European invasions of North America.

Learn by doing: gather wild berries like blackberries or huckleberries
The Shoshone after European invasions