Who was Anaxagoras? Greek scientist 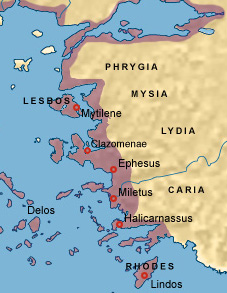 Where was Anaxagoras from?

Who was Thales?
More about Greek astronomy
History of astronomy
All our Ancient Greece articles

Anaxagoras seems to have been born into a rich family, and he probably went to school, but later he chose to be poorer so he could spend his time studying instead of running his family’s business. When Anaxagoras grew up, he went to Athens, which was essentially his capital city. He lived in Athens most of his life. He became friends with Pericles and Euripides, and he must have known Socrates.

Athens in the Classical period
Who was Euripides?
More about Socrates

What did Anaxagoras contribute to science?

Anaxagoras’ most important idea was that people should not trust their senses (seeing and hearing) or their common sense to tell them about the world, but they should always use logic and reason to figure out the truth instead. 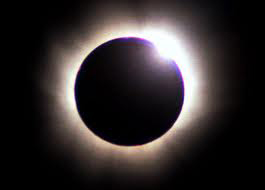 Sometimes this idea led Anaxagoras to some funny conclusions. For instance, he said that snow must have some darkness in it, as well as whiteness, or how could it turn into dark water when it melted? But he was able to use his logic to figure out correctly what caused eclipses.

Anaxagoras arrested and sentenced to death

Anaxagoras’ ideas upset a lot of people in Athens who said he didn’t believe in the Greek gods (and maybe he didn’t). He was arrested, and only escaped being sentenced to death by the jury because his friend Pericles helped him. He had to leave Athens, and he died soon after in Lampsacus (near Troy), about 428 BC. Only fragments of the books Anaxagoras wrote survive today – most of them were lost or destroyed.

Almost a hundred years later, Aristotle said that he had gotten the beginnings of his science from Anaxagoras’ work.

Learn by doing: watch an eclipse
More about Aristarchus

Bibliography and further reading about Anaxagoras: