Eclipse of the moon project – Astronomy 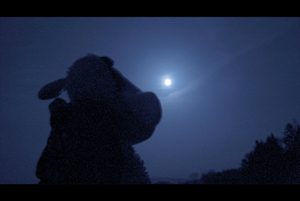 Looking at an eclipse of the moon

A project with lunar eclipses

The best way to learn about eclipses of the moon is to go outside and look at one. Plus, it’s a good excuse to stay up late at night! Mr. Eclipse is a website that will tell you when the next eclipse of the moon is where you live.

Mr. Eclipse
Another website that predicts eclipses
What is an eclipse of the moon?
Solar eclipses
All our physics articles

How often is there an eclipse of the moon?

Eclipses of the moon happen pretty often. There’s usually more than one in a year that you can see from your own yard, though you may have to try several times before you get a night when it’s not too cloudy to see the eclipse.

What are clouds made of?

An eclipse of the moon. You can see the curved shadow of the Earth.

Just go outside (put a jacket on! it can be cold at night) about ten minutes before the eclipse and look up at the sky.

Do I need binoculars?

A pair of binoculars is nice but you can see an eclipse of the moon just fine, even in a city, with just your eyes.

Is it safe to look right at the moon?

It’s perfectly safe to look at the moon during an eclipse, just like any other time. You don’t need special glasses. The eclipse will last a little over an hour.

The earth is round!

Eclipse of the Sun
Astronomy – when did people first figure out what an eclipse was?
More about the Earth
More about eclipses