Who is Ishtar? A Mesopotamian god

The Mesopotamian god Ishtar or Inanna

Ishtar (also called Inanna) was an important god of West Asia. Beginning at least by 3000 BC  the Sumerians,  the Akkadians, the Babylonians, and the Assyrians all worshipped the god Ishtar.

What about Astarte?
West Asian religion
All our West Asia articles

What was Ishtar the god of?

Like most other female gods, Ishtar was a fertility god, but Ishtar was fiercer and more powerful than female Greek gods like Athena or Aphrodite. According to one story, when the Sumerian king Gilgamesh refused to be her boyfriend, she got angry and killed his best friend, Enkidu.

Who was Gilgamesh?
Who was Aphrodite?
And Athena?

Ishtar, Tammuz, and the underworld 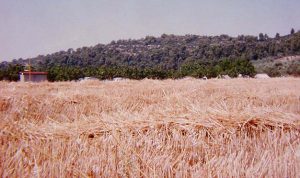 In another story, Ishtar is jealous of her son Tammuz, who brings life to the earth, so she kills him. Then everything on earth dies (like in winter). Ishtar is sorry, and she has to go beg her sister Allatu, the goddess of the underworld, to let Tammuz come back. But he can only come back for half the year, in the spring and summer – he still has to spend the fall and winter in the underworld. This is a story about wheat farming, where you plant the seeds underground and they spend the winter there, and then come up in the spring. (Compare this to the Greek story of Persephone).

Why do we have seasons?
Where does wheat come from?
Persephone and Demeter 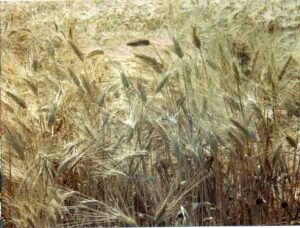 How did people worship Ishtar?

People sacrificed animals to Ishtar, and prayed to her in her temples. The Akkadian priestess Enheduanna wrote poems to Ishtar (under her name Inanna).

What is animal sacrifice?
Who was Enheduanna?

When did they stop?

After most people in West Asia converted to Zoroastrianism and Buddhism under the influence of the Persian Empire, around 500 BC, Ishtar gradually became less important to them.

What is Zoroastrianism?
What is Buddhism?

Bibliography and further reading about Ishtar:

Inanna: From the Myths of Ancient Sumer, by Enheduanna, Linda Wolfsgruber, and Kim Echlin (2003). Another retelling of Ishtar stories, for high schoolers.