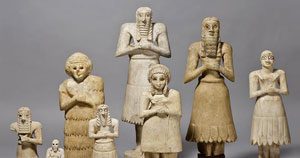 Why did so many religions start in West Asia?

West Asia has been the home of many of the world’s most popular religions, and has always been a hotbed of new religious ideas. Some of the religions that started in West Asia are Zoroastrianism, Judaism, Christianity, and Islam.

Religion and the rise of empires

More about empires
The Persian Empire
All our West Asia articles

Believing in one god

There are some ideas which have lasted over many thousands of years, and others which come and go. There seems always to have been a tendency in West Asia towards monotheism, the belief in only one god, or the belief that one god is much more important than the others. But at other times, people have believed in many gods (polytheism). 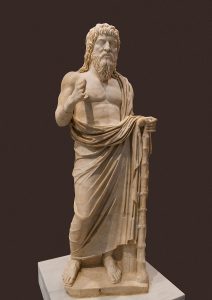 A Roman holy man, probably Apollonius of Tyana (now in the Heraklion Museum on Crete). About 200 AD.

Another West Asian idea is that of the holy man or holy woman. This is the idea that some people are somehow closer to the gods, or to God, than other people are.

These holy people may hear God speaking to them, or they may just be wiser and more helpful than other people are. Special signs, like their bare feet, or their ability to do miracles, will let you know who they are. 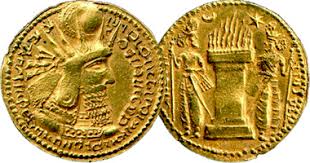 Animal sacrifice
The end of sacrifice

Zoroastrians were known for their fire sacrifices. Christians believed that it was no longer necessary to sacrifice, because Jesus had already sacrificed himself. The Jews kept on sacrificing until the Romans destroyed their Temple. Manichaeans blended some Zoroastrian ideas with Christianity.

Fights among the religions

Because of the mixture of cultures in West Asia, there has also been a lot of interest in how my gods might get along with your gods, or what happens when two groups of people worship different gods. Indeed, the whole history of West Asia might be seen as a series of conflicts among the gods, played out on a human stage.