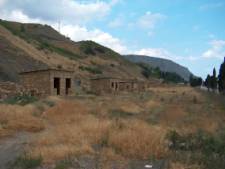 In 500 BC, we might have called the people living in Russia Scythians. But then between about 300 and 800 AD, a lot of people passed through Russia. Most of them were moving from Central Asia towards Europe, from east to west. One after another, the Ostrogoths, the Avars, the Huns, and the Magyars all passed through Russia.

But all of these people were nomads and cattle herders. None of them tried to start a settled, farming country. The first people who did that, who started the unified country of Russia, were about 800 AD. (That’s the same time as Charlemagne was uniting Western Europe). 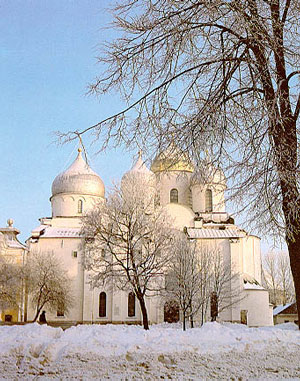 About this time, Vikings from Scandinavia (modern Norway, Denmark, and Sweden) discovered that they could trade with the Byzantine Empire on the Black Sea and – even most importantly – with Central Asian Silk Road traders on the Caspian Sea, by sailing down the Volga and Dnieper rivers, through Russia. They could trade their furs and slaves for excellent steel for swords.

When the Vikings started trading on the Silk Road in the 800s AD, they met the Slavs, who were also moving into Russia. Together the Vikings and the Slavs united Russia into a kingdom with its capital at Novgorod. The medieval kingdom of Russia included only the westernmost part of what is now Russia, but it also included most of modern Ukraine.

Bibliography and further reading about the Russians: