Dancing woman from Mohenjo Daro, in what is now Pakistan

There were probably always slaves in India, but until about 1000 AD there were only a few people who were enslaved, and most of them worked as house servants or entertainers.

But when Islamic conquerors reached India, they forced many more people to be enslaved. The Islamic conquerors sold thousands of these enslaved people out of India to work in Iran or Afghanistan. Many of these people worked in the mines. So there were a lot more slaves in medieval India. 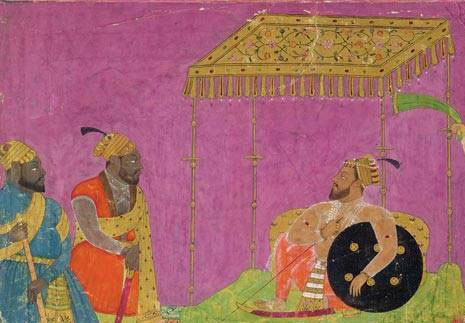 But people also came to India to work as slaves, especially black people from East Africa. Beginning about 500 AD, as more traders went back and forth between Africa and India, more of them bought people in Africa and brought them back to India as slaves. African people mostly worked as bodyguards and soldiers; because they came from outside Indian politics, rulers trusted them more. Many of these African people eventually got free and became traders or government administrators. Some became rich and powerful. 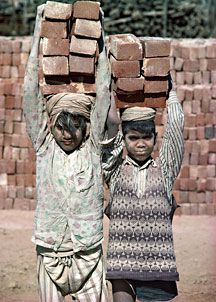 Children working in a brick factory in what is now Pakistan

Another form of slavery was debt-bondage, where people became enslaved in exchange for a loan of money. You could be free again if you paid off the loan, but most people never managed to pay it off, because of the very high rates of interest and because their bosses didn’t pay them very much. These people worked in the fields, or making bricks or shoes or weaving saris or carpets. When you had children, you could send them to pay off your debt, so they became enslaved too. Debt bondage is still very common in India today, especially for children between four and twelve.

Did you find out what you wanted to know about slavery in medieval India? Let us know in the comments!

Learn by doing: how much of your family’s income goes to pay off debt?
More about slavery
More about Ancient India

Bibliography and further reading about slavery in medieval India: