The Silk Road to the Great Game – Central Asian History 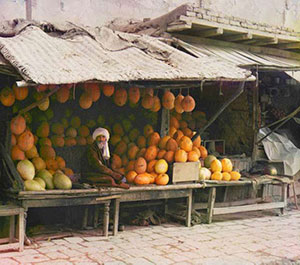 A melon stall in Central Asia

After Tamerlane died in 1405, his Altaic people kept on ruling Central Asia, but not as one big empire. There were lots of little countries all across Central Asia. These countries did well at first, but the collapse of the Mongol Empire soon brought sad changes to Central Asia.

Traders found it was more difficult to travel across Central Asia on the Silk Road now that they had to cross many little countries that were sometimes at war with each other. The unhappy traders began to look for another way to get from Europe and West Asia to China. Before 1500 Portuguese explorers had found a way to sail around Africa to India to buy things from China. The Silk Road suddenly became much less important, and Central Asia became much poorer.

Even so, Altaic people continued to rule most of Eurasia and even to expand their territory into South Asia and North Africa. In the north, the Dzunghar Mongols controlled territory. There was a large Uzbek kingdom where Uzbekistan is now. The Turkic Ottoman Empire held West Asia and the Arabian Peninsula and soon took over North Africa. After the Christians conquered Spain, many Jews moved from Spain to the Ottoman Empire, bringing with them new ideas and energy. The Turkic Manchu people took over China as the Qing Dynasty and pushed south into South-East Asia. Altaic descendants of Tamerlane also controlled the Mughal Empire in India. From 1501 to about 1730, the Safavid Empire ruled much of Central Asia from its base in Persia. The Safavid Sultans were Sufis and Shiite Muslims; it is not clear whether they were genetically Turkish but they certainly spoke Turkish and followed Turkish traditions.

These Altaic empires had very good governments, and the most advanced civilizations of their time. Like the Persians, Parthians, and Sassanids before them, the Safavids in Central Asia organized a centrally run, bureaucratic state. Further west, the Ottomans did the same, while the Qing Dynasty ruled China competently as well. 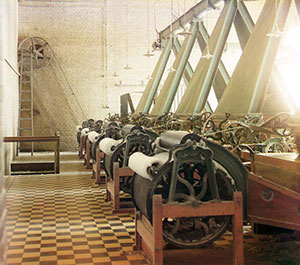 Beginning in the 1700s with the collapse of the Savafids, the resulting power vacuum in Central Asia inspired Indo-Europeans and Han Chinese to try to push back against Altaic power in what the British called the Great Game. In the north, the Russian Empire began to slowly push eastward across the steppe. In the south, the British began to take India over from the Mughals. Han Chinese began to push the Qing Dynasty out of China. The British also pushed on China, while the French claimed South-East Asia.

After the World Wars, the weakened Indo-Europeans were forced to withdraw from India, China, and South-East Asia. The Russians kept control of the northern steppe until the 1980s, but their disastrous attempt to expand south into Afghanistan ended up losing not only Afghanistan but all of Central Asia. The Han Chinese succeeded in pushing the Altaic rulers out of China and Southeast Asia, but the northern part of Central Asia is once more under independent Altaic control, broken up into many small kingdoms as it was in 1500 AD.