Who was Archilochus? A Greek poet 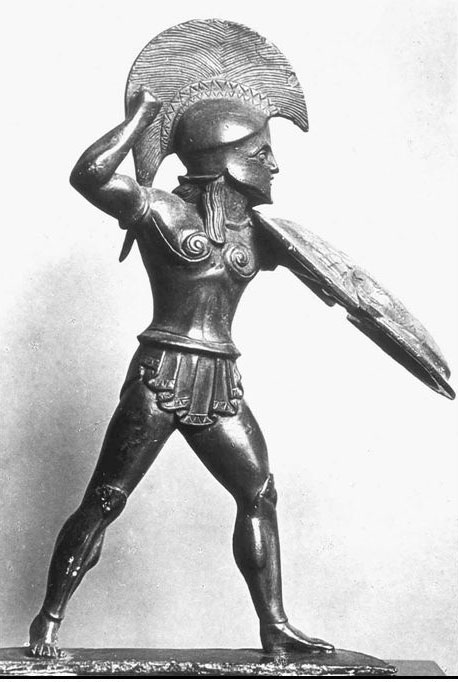 Archilochus: a bronze statuette of a Spartan man in armor, from about 500 BC

When did Archilochus live?

Archilochus was a poet who wrote in the 600s BC. He was from Ionia, the Greek colonies along the coast of modern Turkey. The Ionians were more or less under the power of the Lydians, to their east.

What kind of poems did he write?

Unlike the earlier poets Homer and Hesiod, who wrote long, serious poems, Archilochus is often very funny, and his poems are short.

Some barbarian’s using my shield, because I had to leave it behind under a bush – there was nothing wrong with it. But so what? I escaped. Never mind the shield; I can buy another one just as good.

What does Archilochus mean by that?

Find out more about Greek armor and wars
Was he fighting for the Lydians?

Another poem by Archilochus is about standing guard duty on a navy ship. It goes like this:

Come bring your cup over the benches of this fast ship
Let’s wander around drinking from the barrels of wine
Gulp down the red wine to the dregs
– we’re not going to stay sober on this shift!

Do you think Archilochus is just having fun, or is he making fun of soldiers who drink while they’re on duty? Or is he saying something about how horrible serving in the navy is, so that you have to get drunk to bear it?

Bibliography and further reading about Archilochus: