Who was Euclid? History of Geometry

Nobody knows much about Euclid’s life anymore – it is all forgotten. We only know that he worked at the University of Alexandria, in Egypt, for a while.

There are no pictures of him. We can’t even be sure he existed; Euclid could be a made-up name for a committee of mathematicians all working together.

Was Euclid Greek or African? 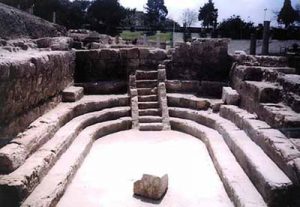 Either way, Euclid (or the people who called themselves Euclid) must have lived around 300 BC, in the Hellenistic period. He (or they) may have been descended from Greek people, or from Africans, or both.

Where did Euclid study?

He (or they) seems to have studied at Plato’s Academy in Athens, where he learned some of the mathematics that is in his books. He probably knew Aristotle there.

Who was Aristotle?
What’s Plato’s Academy?

Euclid on eyes and light

But Euclid didn’t always agree with Aristotle; unlike Aristotle, Euclid thought that when people used their eyes to see, invisible rays of “seeing” came out of their eyes and hit the things they saw. Euclid, who probably knew Aristotle, used the camera obscura to show that light always travelled in straight lines. 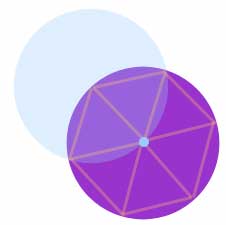 Like Anaxagoras before him, Euclid (YOU-klid) wanted to prove that things were true by using logic and reason.

Who was Anaxagoras?
More about geometry
A proof of the circumference of a circle

We still have copies of Euclid’s books today, and they begin with basic definitions of a point and a line and shapes, and then go on to use geometry to prove, for instance, that all right angles are equal, that you can draw a straight line between any two points, and that two things which are both equal to the same thing are also equal to each other.

Euclid’s later books teach more advanced math, including how triangles and circles work (Euclid proved that the area of a circle had to be πr-squared), irrational numbers, and three-dimensional geometry.

Proof of the area of a circle
Indian mathematics
Who were the Jains?

Euclid’s interest in proofs is probably related to the interest of Jain mathematicians in India in logic and proofs about the same time, though we don’t know enough to say which came first.

Euclid is famous because his books were so easy to understand that they were used as the main math book in all schools in Europe, West Asia, and America for two thousand years, until the 20th century. The geometry book Anne of Green Gables hates so much is Euclid. There are still mathematicians working today who began studying geometry from Euclid’s books.

Learn by doing: the area of a sphere
More about Central Asian mathematicians

Bibliography and further reading about Euclid: