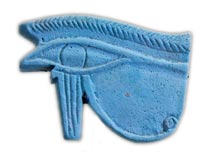 Horus was the son of Re

Horus was an Egyptian god, originally from Upper Egypt (Southern Egypt). In the Old Kingdom, people thought of Horus as having the head of a falcon, and his name means “falcon” in Egyptian.

Egyptian Government
Who was Osiris?
The sun god Ra

More generally, Horus was a sky god,the son of the sun god, Ra. He was the god of war and the god of protection against evil. A lot of people carried good luck charms in the shape of the eye of Horus, to watch out for their safety. 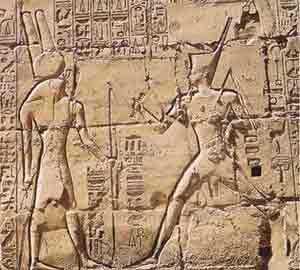 Or was he the son of Isis and Osiris?

But all that gradually changed with the Middle Kingdom.

Egypt’s Middle Kingdom
Who was Isis?
Who was Set?

Now people thought of Horus as the son of Isis and Osiris. Horus was born when Isis brought Osiris back to life after Set killed him.

So Horus became a god of new life and rebirth, like the Greek Persephone or Dionysos, or the West Asian Attis or Tammuz, or the Christian Jesus. 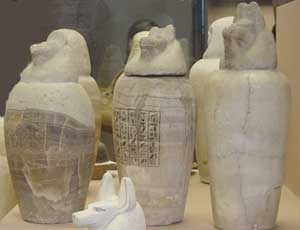 In some stories, Horus also had sons of his own. Their mother was usually the same as his own mother, Isis. Mostly what Horus’ four sons did was to protect the internal organs of mummies, just as Horus himself protected living people.

Did you find out what you wanted to know about the god Horus? Let us know in the comments!

Bibliography and further reading about the god Horus and the Egyptian gods: