What is an apse? – History of Architecture 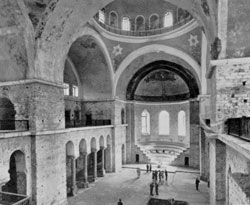 What is an apse?

An apse is a rounded end of a building. You most often find an apse in a basilica or a church. But sometimes a private house or a Roman bath building has an apse too.

What’s a basilica?
Roman baths
Parts of a church 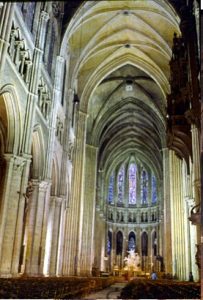 It just means that the end of the building is curved in a semi-circle (half a circle) instead of being flat, like the wall of your house or school probably is. The roof of an apse is like half a dome.

More about domes
And about arches

Why did people build apses? 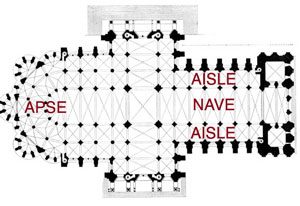 Apses make a building look fancier, or more complicated. If you’re going to be doing something important at one end of your building – like saying Mass at one end of a church, or judging court cases at one end of a basilica – then an apse makes that end of the building seem more important than the other end. That way, the people who are watching will know which way to look.

Learn by doing: visit a church and check out the apse

Bibliography and further reading about apses and architecture: