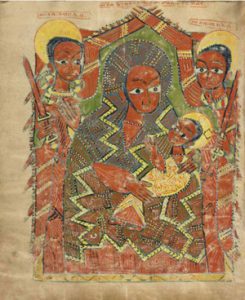 Ancient African society didn’t have the huge differences between rich and poor people that plagued Europe and Asia. North Africa, being part of the Mediterranean community, was an exception. But south of the Sahara even kings and queens were not so much richer than their subjects. There were still kings and queens, though. Even if they weren’t very rich they did have power over the other people in their area. Traders often got to be very powerful as well.

Family and women in early Africa

Family was very important to African social networks. Networks of cousins and second cousins and even more distant relatives handled a lot of African trade. In famines, too, people counted on distant relatives living in other regions to help them out. Women often had more power in African families than they did in other parts of the world. You can see this in the Epic of Sundiata, where the prince’s mother and his rival’s mother, and a woman adviser, are all important positive characters in the story. In East Africa, a series of queens ruled Meroë all through the first century AD. 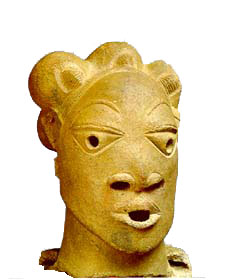 All over Islamic Africa – North Africa, West Africa, and East Africa – many boys went to school in the mosques, where they learned to recite the Quran. Bantu girls, both Muslim and traditional believers, had specialized training before they were able to marry. The boys participated in elaborate lessons to teach them how to be warriors and responsible men. People expected more formal training of girls and boys in Africa than among peasants in Europe or Asia.

Africans had slaves from the earliest times among themselves. They mainly acted as personal servants, minding babies and carrying water. But, damaging as this practice was, it was far outdistanced by the practice of capturing people and selling them into slavery abroad. Even before the 1400s AD, when Europeans started sailing directly to Africa, African slave traders were already capturing thousands of West Africans every year and selling them away from their families and their homes. Most of the captured people were probably Bantu, but some came from Ethiopia, Sudan, Mozambique or Kenya.

Traders forced some of these people to walk across the Sahara Desert to be slaves in North Africa, and especially to work in the salt mines of the Sahara. They shipped other people from the east coast of Africa to India and the Persian Gulf, to work in salt mines there. Some enslaved people worked in India, Egypt, West Asia, Cyprus, or the Canary Islands, picking cotton and cutting sugar cane for sugar. African traders probably sold a total of about ten thousand people a year as slaves to the Islamic Empire, India, and Europe in the years before 1500.

Did you find out what you wanted to know about African daily life? Let us know in the comments!