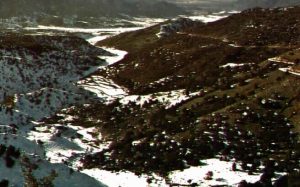 West Asia is a dry place, where it’s always hard to get enough water and there are a lot of fights over water. The easternmost part of West Asia is Afghanistan, which is mountainous and cold in the winter. On the other side of Afghanistan is China, and for the most part the people of West Asia have not been able to fight their way into China, but have always left Afghanistan as the border between the two. 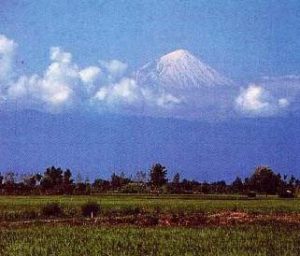 As you go further west, you get into Iran, which is flatter than Afghanistan but still mostly green. Iran is quite hilly and green in the north, but gets flatter, drier, and more like a desert in the south along the Persian Gulf.

On the western side of the Tigris river there are low mountains, the Zagros mountains, where nomads and shepherds have always lived and still live today.

Then once you get into Iraq, the weather becomes drier again and more desert-like. But there are two big rivers that run through Iraq, the Tigris and the Euphrates.

The eastern part of Syria is still the desert, but then you start to get near the Mediterranean coast and the land starts to get more fertile and green, and more hilly again, in western Syria, Jordan, Lebanon, Israel, and Turkey. Only in the south, in Israel’s Negev and Saudi Arabia, is it still desert.
But running from the hills of Turkey down through the whole desert of Syria and Iraq, on down into the Persian Gulf, are the two big rivers of the Tigris and the Euphrates. The land between these two rivers, and for a little bit on either side of them, is very green and fertile, and as it gets down toward the Persian Gulf it turns into enormous salty marshes or swamps. We call this land Mesopotamia (mess-oh-po-TAME-ee-ah), which means the land between the rivers, in Greek.

But a lot of things have changed about West Asia’s environment over time – some caused by people, and others not.

End of the Ice Age

The first, and most important, change had nothing to do with people. It was the end of the last Ice Age, about 10,000 BC. Gradually the earth began to get warmer, and the big glaciers began to melt. The climate of West Asia got a little warmer and drier, and some places which had been forests turned into grassland, and some places which had been grassland turned into deserts. The story of the Garden of Eden may be a memory of this happening (which may have led to the first experiments with farming).

Another effect of the warming was that the melting glaciers added a lot of water to the oceans all over the world, and sea level rose in the Mediterranean Sea. By around 7000 BC, this led to a big ecological change in the Black Sea, which seems to have been a freshwater lake before this time.

Around 3000 BC, in the time of the Sumerians, people began to dig great canals and ditches to carry the water of the Tigris and the Euphrates farther away from their banks, to water the fields and make the wheat and barley grow. At first this worked well, but by 2500 BC this irrigation had already caused a big problem. The river water down near the Persian Gulf has a lot of salt in it from the salty ocean water backwashing up into the rivers.

When the Sumerians spread it on their fields, year after year, a little bit of salt would be spread on their fields too. The water evaporated, but the salt remained on the fields. After five hundred years of that, the Sumerians’ fields all began to get too salty to grow crops well! Now that whole area is just one big salt marsh, and nobody does grow crops there. 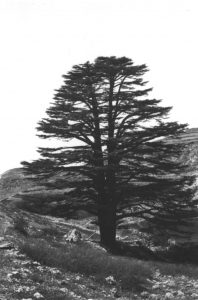 The more coastal areas, toward the Mediterranean, have a different problem, but one which was also caused by people. All along the coast, there used to be forests of trees, the famous cedars of Lebanon. People came from all over West Asia to get these trees to use for building. The king Gilgamesh was one of them. But too many trees were cut down, and not enough were planted. Now there are hardly any trees in Lebanon or Israel (though people are trying to replant them).

Bibliography and further reading about the West Asian environment:

The Ancient Euphrates (Geography of the World Series), by Charnan Simon (2004). Easy reading.

Middle East, by Ian A. Morrison (1991). Geography and culture, for young adults.

Climate Change – Environment and Civilization in the Middle East, by Arie S. Issar and Mattanyah Zohar (2004). By specialists, for specialists.