Parchment and the history of books 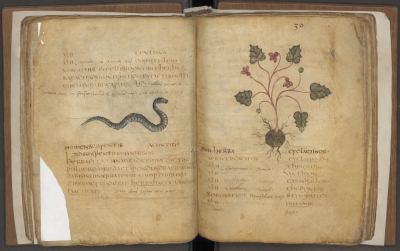 Scribes carved the first writing on wet clay tablets, but soon after that, about 3000 BC, the Egyptians invented papyrus. By about 500 BC most people in West Asia and the Mediterranean used papyrus for writing.

What is papyrus?
Making papyrus
Invention of writing
Who invented the alphabet?
All our West Asia articles

Why was papyrus so expensive?

They couldn’t make papyrus, though, because papyrus reeds wouldn’t grow in their countries, and they had to buy it from the Egyptians. Papyrus was very expensive. For ordinary writing – grocery lists, receipts – people would write on broken pieces of pottery and wood and wax tablets because it was cheaper.

Parchment instead of papyrus

Then about 150 BC people in Pergamon (in West Asia) began to make scrolls out of parchment instead of papyrus. Our word parchment comes from Pergamon. Parchment is made from animal skins. Usually people used the skins of sheep or cows, because those animals were pretty common in West Asia and Europe. This way they didn’t have to buy papyrus from Egypt.

Where do cattle come from?
How about sheep?
History of leather

How did you make parchment?

You took the skin and scraped off all the hair from the outside and all the fat from the inside. Then you soaked the skin in water with chalk or flour and salt added to give it a good smooth surface to write on.

What is chalk?
Where does salt come from?

And finally you soaked the skin in tannin made from oak-gall, to preserve it (like pickling something).

From scrolls to books

These parchment-writers in West Asia found that parchment didn’t work well to make scrolls, the way people did with papyrus. With papyrus, you could glue as many sheets together as you wanted, to make one super long sheet, and then roll it up into a scroll. Parchment only came so big – the size of a sheep – and it was hard to glue together to make a long scroll. Also, it was too heavy.

So by about 50 AD people started to make books instead. It turned out that books had a lot of advantages, because you could also flip back and forth in a book, or mark your place with a bookmark. Research became a lot easier.

Parchment was even more expensive than papyrus, and so papyrus kept on getting a lot of use until the fall of the Western Roman Empire about 400 AD. After the fall of Rome, Europeans didn’t trade much with Egypt anymore, and had a very hard time getting papyrus. So more and more they used parchment, or they didn’t write at all, because parchment was so expensive.

From parchment to paper

By about 800 AD, even the Egyptians weren’t using papyrus anymore. They had learned about the Chinese invention of paper, which was much cheaper.

Who invented paper?
A project with paper

Paper was also harder to forge documents on, because it was harder to erase. All over the Islamic Empire, people were using paper- and writing a lot! But in Europe people were still using parchment, or buying super expensive paper from Egypt, and writing as little as possible.

By the 1200s AD, though, Europeans learned how to make their own paper, and Italian manufacturers began to sell cheaper paper all over Europe. Within two hundred years nobody was really using parchment anymore except for special things like diplomas and letters between kings. Official copies of the American Declaration of Independence, for example, are on parchment, to make them seem more important.

Learn by doing: making paper
More about the history of paper

Bibliography and further reading about the history of parchment: