Ovid and the Metamorphoses – Roman literature

Part of a page from a copy of Ovid’s Metamorphoses (South Italy, 1000s AD, just as the Normans were conquering it)

When did Ovid live?

With the end of the Roman Republic, poets were excited to explore the new possibilities of the new Roman Empire under Augustus. Ovid, who was born in 43 BC, was about twelve years old when Augustus took power.

The Julio-Claudian emperors
Roman literature
All our Ancient Rome articles

So as Ovid grew up, he became one of these poets who would push the boundaries of what was possible now. Had the Empire maybe brought freedom of the press?

Ovid (AH-vid) was from a rich equestrian family that lived near Rome. His family wasn’t from the richest senatorial class, but they were rich. He grew up with plenty of good food. His family owned several houses and they had a lot of enslaved people to work for them. Ovid had an excellent education at Rome itself, because his father wanted him to become a lawyer.

But when Ovid’s brother died, Ovid decided to be a poet instead of a lawyer. He published his first book of poetry about 18 BC, when he was 25 years old. It was called the Amores, or Love Poems. Ovid was pushing a boundary. Under the new government, could you publish poems about love outside of marriage? Or was that still forbidden? These poems weren’t pornography – people read them in high school now. But they showed people having affairs outside of marriage, and enjoying them.

Ovid’s second book also pushed boundaries, but in a different way. He wrote the Metamorphoses, or the Changes. He published the Metamorphoses probably about 8 BC, when he was 35 years old. This is a long poem telling lots of short stories about the changes in the world from Creation to the death of Julius Caesar. It tells nearly every story from Greek mythology that we know – in fact, many Greek stories are known today mainly because they’re in the Metamorphoses. Ovid’s story of Daedalus and Icarus is the earliest one that we have today.

Most of Ovid’s stories are about change: Gaia changes and gives birth to the gods, Actaeon changes into a deer, Medusa changes into a monster, Philemon and Baucis change into trees, Arachne changes into a spider, Narcissus turns into a flower. Of course the biggest change of Ovid’s life was the change from the Republic to the Empire. Ovid may be hinting that just as all these other changes have come and gone, so will Augustus and the Roman Empire.

Many of these changes happen because someone is trying to escape being raped, or someone has been traumatized by being raped. That can make Metamorphoses difficult for us to read, today. It fits with the political context through, that the change from the Republic to the Empire came about because the violence of Rome’s civil wars was intolerable, and the Empire brought a long, much-desired peace. 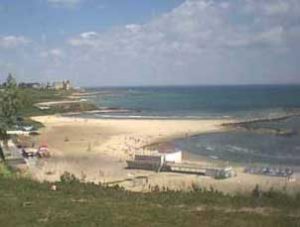 Ovid followed up his Amores about AD 1 (when he was 43 years old) with another book of poems, the Ars Amatoria – the Art of Love. These poems gave advice to rich Roman men and women about love, especially love outside of marriage. The poems were elegant and exciting, and very well written, and they became very popular in Rome. In Pompeii, somebody scratched lines of Ovid’s poetry on walls as graffiti!

But could you get away with this?

But as it turned out, the answer was no. You couldn’t write about these things and get away with it. In 8 AD, when Ovid was already an old man for those times (51 years old), the emperor Augustus banished him outside the Roman Empire, to a village called Tomis on the shores of the Black Sea (in modern Romania). Ovid left behind his wife and his daughter, and all his friends, and even though he made friends with the people of Tomis, and learned their language, he was very sad in Tomis. In 17 AD, when Ovid was sixty years old, he died there.

Learn by doing: write a poem about love
Echo and Narcissus
Philemon and Baucis
Arachne and Athena

Bibliography and further reading about Ovid: