Who is Actaeon? Greek myth 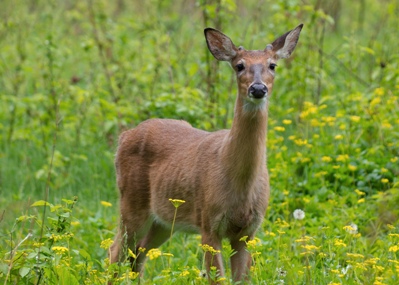 Deer in the forest

Actaeon (ac-TAY-on) was a young man who liked to go hunting in the woods. He spent a lot of time alone in the woods with his hunting dogs.

Together, Actaeon and his dogs hunted deer. He shot them with his bow and arrow.

Who invented the bow and arrow?

What did Actaeon do wrong?

One day, as he was walking through the forest, he saw a movement through the trees. He turned to look. To his surprise, he saw the most beautiful woman he had ever seen, with absolutely no clothes on, taking a bath in a forest pond! Actaeon was so surprised that he just stood there, forgetting everything. He looked and looked at the beautiful woman.

What did the woman do?

But after a minute the woman looked around and saw him! She was very angry – she immediately got out of the water and put on her dress. Unfortunately for Actaeon, this woman was the goddess Artemis. Artemis hates for men to see her when she is in her bath.

She was so angry that she pointed at Actaeon, and he began to turn into a deer! His feet and hands turned into little hooves. He grew horns. Then he grew soft brown hair all over his body. He tried to tell the  he was sorry, but it was no use. Creeper! She was not going to put up with creepers.

What did Actaeon’s dogs do?

Metope from Temple E at Selinus, Sicily (about 460 BC)

Then the worst thing of all happened. Actaeon’s own hunting dogs thought he was a real deer. They jumped on him and tore him to pieces.

Is it? What should happen when men creep on women? The story of Actaeon seems to be based on an older West Asian version involving the goddess Ishtar and a shepherd. That story is in the Epic of Gilgamesh.

The goddess Ishtar
The shepherd’s story
The Epic of Gilgamesh

The older version had the shepherd sleeping with Ishtar consensually, instead of looking at her: does that change the way you think about Actaeon’s story?

But to the Greeks, and to the Sumerians before them, this is only a little bit about respecting women’s privacy. Mostly, it’s about how unfair the gods are. Terrible things can happen when you just did hardly nothing wrong at all. Barely a little bit wrong. Totally unfair. It’s really a story about how unfair it is when men suffer the natural consequences of their actions.

But that’s how the gods are: unfair

Gods do not operate by the same rules as people. They can do things that are unfair if they want to. In fact, a look around at how many bad things happen to good people was enough to convince the Greeks that the gods did unfair things all the time. The story of Medusa is another along the same lines, and the story of Niobe. The Sumerians saw it the same way: the shepherd’s story, too, is in a list of ways in which a goddess is unfair to men.

Learn by doing: play with a dog
More about Artemis

Bibliography and further reading about Actaeon:

D’aulaire’s Book of Greek Myths, by Edgar and Ingri D’Aulaire. (Look under Artemis).

Actaeon, the Unmannerly Intruder: The Myth and Its Meaning in Classical Literature, by John Heath (1993). By a specialist, for specialists.

Or check out thisarticle on Actaeonin the Encyclopedia Britannica.