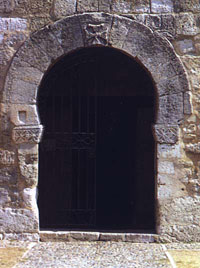 Because Spain was in the Roman Empire, in the 300s AD Spanish art looked a lot like other Roman art. It’s not exactly the same – each province had its own way of doing things. Roman period Spanish art is usually stronger-looking and more forceful than art from other parts of the empire.

After the fall of Rome, when the Visigoths took over in Spain, there was less contact between Spain and the rest of the northern Mediterranean. Spanish artists got interested in the shapes of vines and flowers growing wild. Then they carved people and animals in the same twisted, crazy poses that they had used for the plants. Artists in Spain also learned some new styles from North African artists. And those artists were themselves influenced by the Byzantine Empire. One example of something Spanish architects got from North Africa is the horseshoe arch. 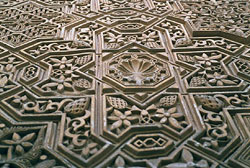 A carving from the Alhambra in Grenada

In the 700s AD, when the Moors conquered Spain, most Spanish artists worked in the Islamic style. They continued to use horseshoe arches. Because of Islamic and Byzantine iconoclasm, they stopped showing people and made abstract designs.  Spanish artists were particularly interested in using light and shadow to create art.

In the northern parts of Spain, where the rulers were still Christians, Islamic styles mixed with Christian styles to create a kind of art that we call Mudejar (moo-day-JAR). 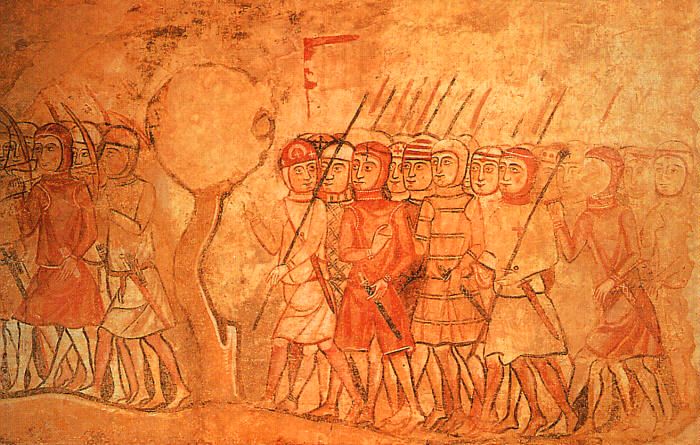 James I of Aragon’s Knights Marching to Fight the Moors, fresco, 13th century.

As the Christians reconquered more and more of Spain from the Almohads in the 1200s AD, Spanish Mudejar art got to be more and more like the art of France and Italy.