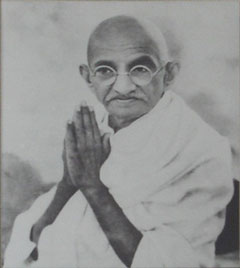 Partition and Indian religion: Gandhi as a Hindu

After the collapse of the Mughal Empire about 1700 AD, the power of Hinduism increased as the Maratha Empire took over most of India.

What is Hinduism?
The Maratha Empire
All our India articles

But British colonizers gradually took over more and more of India: first the north, then the south. Wherever the British went, Christian missionaries went too. Most of these missionaries were Jesuits. They tried to get Indian people to become Christians.

The British in India
Jesuit missionaries

What did most people believe?

A few Indians did become Christians, but almost everybody remained Muslims (in the north) or Hindus (in the south, in the powerful Maratha Empire). The British picked out Parsees and Sikhs to be their allies and get special favors. Parsees and Sikhs became richer and more powerful, but other people began to hate them for their privilege.

More about Islam
Who are the Parsees?
History of the Sikhs 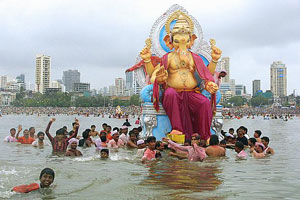 When the people of India forced the British to leave India in the 1940s, the newly independent country decided to divide the Muslims from the Hindus.

Ten million people had to move, losing their jobs and houses. A million people died in the riots and fighting that went with this religious separation, the Partition.

Did you find out what you wanted to know about Partition and Indian religion? Let us know in the comments!

Learn by doing: visit a Hindu temple in your area
More about Hinduism
And more about British India
More about India