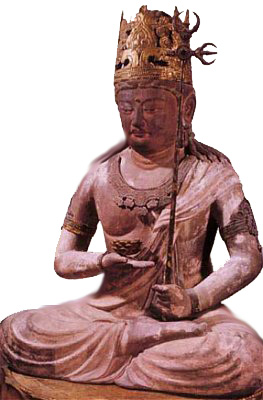 Women shut out of power

After Empress Koken died in 770 AD, there was a major change in how Japan’s government worked. The powerful families got more power in Heian Japan, the same way they did in China about this time. Women were shut out of power.

The next emperor, Konin, was an old man (62 years old). The great families chose him for his lack of ambition, so they could rule through him. Soon powerful women like Konin’s wife Ikami were accused of crimes they hadn’t done. Then the Fujiwara family killed them. Konin was emperor for eleven years, and then stepped down in 781. He gave his power to his son, Emperor Kanmu.

Meanwhile, the powerful families made the Japanese imperial government smaller and weaker. Now they didn’t have large numbers of peasants fighting in the army or working to build temples as work-taxes. Instead, the army of Heian Japan used a much smaller number of richer men in the cavalry, fighting from horseback. The government didn’t care about poor people anymore. Even when there was a famine, and people were lying starving in the streets, the great families did nothing to help them.

Moving the capital to Kyoto

The families may have tried to break the power of the Buddhist monks, who supported the emperors, by moving the capital from Nara to Kyoto. That left the Buddhist monks behind in Nara. (Or they may have moved to where their family was stronger, or in order to conquer more of the island. Nobody is sure.) As in China at the same time, people objected. Somebody mysteriously killed the Fujiwara man behind the move.

Under Kanmu, one of the leaders of the rich families led an invasion of the Emeshi land north of Japan. The new cavalry worked well for this invasion. So Kanmu conquered the Emeshi, making Japan bigger. Kanmu ordered Japanese universities to teach the importance of expanding Japan to conquer more land, but people objected to this too. 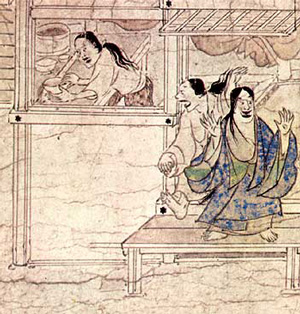 By 800 AD the T’ang emperors in China were getting stronger again, but in Japan the rich families kept power instead. Usually the emperors’ mothers were from the Fujiwara family. Their brothers, the emperors’ uncles, held power as regents for young emperors.

What is a regent?
Middle Ages timeline

That’s like the Frankish mayors of the palace a little earlier or the Seljuk sultans a little later. Now most Japanese emperors inherited power from their fathers instead of from their older brothers, so a lot of them were children and needed regents.

In 810, the emperor’s wife Kusuko tried to get power, but the families defeated and poisoned her. The families – the Fujiwara, the Taira, the Minamoto – got more and more power. They got richer and richer. These rich families were able to pay for beautiful paintings and poetry. But most people in Heian Japan got poorer. In 863, there was a serious tuberculosis epidemic.

What is tuberculosis?
The Taika Reform
What are sharecroppers?
Why do people fall into debt?

By 900 AD, most of the work of the Taika Reform was undone, and many farmers fell into being sharecroppers, or into debt slavery. The emperors didn’t have enough power to collect taxes, or raise an army, anymore. They couldn’t mint coins, or pay for police forces, either. 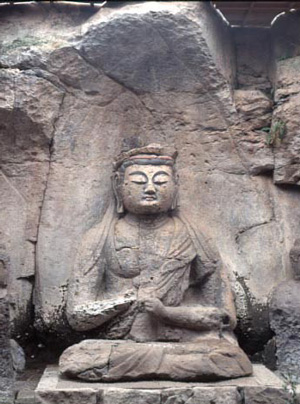 In the 900s AD, the Song Dynasty became more involved and more interested in Central Asian politics than in Japan, and Japan took an independent path. As the families tried to work out what that path would look like, there were civil wars all over Japan.

The Song Dynasty in China
The Khitan in Central Asia

With all the fighting, military generals, or daimyos, replaced ministers as the main power in Japan. Japan was unstable at this time partly because of the Medieval Warm Period, a global climate change that brought drought to Japan.

Taira Kiyomori and the Silk Road

For the next twenty years, Taira Kiyomori, the leader of the Taira family, controlled Japan. Kiyomori rebuilt trade with Song China and Korea, and through China with the Silk Road. Japan bought silk and copper coins from China with Japanese gold, and steel swords.

But when Kiyomori died in 1181, it only took two years for the Minamoto to push the Taira out of Kyoto and out of power. In 1185, Minamoto Yoritomo became the first official shogun of Japan.

Learn by doing: write a haiku poem
Go on to the Kamakura period
More about Japan