Helen of Troy – the Trojan War 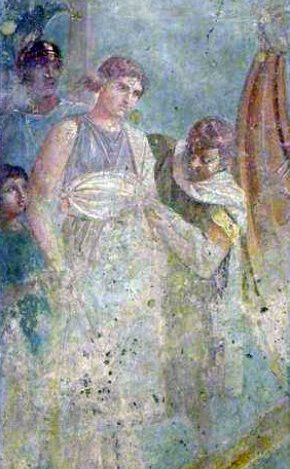 Who was Helen of Troy?

Helen, the daughter of Zeus and the queen of Sparta, was the most beautiful young woman in the world. She lived in Sparta with her mother and her father, the king of Sparta, and her half-sister, Clytemnestra.

Who would Helen marry?

All the young men wanted to marry Helen. Helen’s stepfather (the king of Sparta) was afraid that if he said she could marry one of the suitors (the men who wanted to marry her), all the other suitors would fight him, and there would be a big war. (Yes, Helen was that beautiful. It’s a story).

Where is Sparta?
Women in ancient Greece

So Helen’s stepfather had an idea. He got all the suitors together in one place and made them all swear to protect Helen and her marriage, whichever one of them got to marry her. So they all swore. Then the king (Helen’s stepfather) had the suitors all compete in athletic games. The one who won was Menelaus, and so he married Helen.

Games in ancient Greece
What is an agon?
Who was Menelaus?

Learn by doing: Greek Olympic games
More about Clytemnestra
And more about Menelaus
More on Helen and the Trojan War

Bibliography and further reading about Helen of Troy: