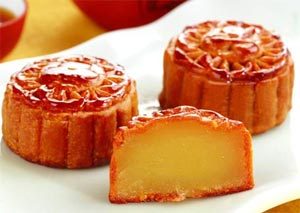 When did Chinese New Year get started?

People in China probably started to celebrate the New Year – the beginning of farming in the spring – around the same time they started farming, about 3000 BC.

Where did China get the idea?

When is Chinese New Year?

Chinese New Year is always the second new moon after the winter solstice (like Passover is the first full moon after the spring equinox). People did their spring cleaning and got ready to plant rice.

History of rice
A rice-cooking project
Food in ancient China

The New Year is a liminal time – a time when you’re moving between the old year and the new year. Ancient Chinese people thought this liminality gave demons a chance to get through the cracks and attack you. People said the Year Monster, which looked like a lion mixed with an ox, came out of the sea (or out of the mountains) to get you.

Chinese people used to bang drums and plates and pots, and they put dry bamboo sticks on the fire to make loud, sharp, cracking noises to scare the demons away. People also hung red paper lanterns outside their doors, the way Americans use carved pumpkins at Halloween.

Firecrackers and the New Year

By around the time of the T’ang Dynasty, about 700 AD, people had found something that would make even more noise: firecrackers! People began to shoot off fireworks on New Year’s Day to scare away the demons so they would have a lucky year. The Spring Festival lasted for fifteen days. People dressed up as lions and danced in long parades in the streets.

Who invented gunpowder?
More about the Silk Road

There never were any lions in China, so why were Chinese people so afraid of lion-demons? Probably people in China heard about lions from Central Asian traders as the Silk Road got started, and their fear of lions is also a fear of foreigners, outsiders, and invaders.

Medieval Chinese religion – Buddhism comes to China
Learn by doing: go to a Chinese New Year celebration in your city