Sofia Baffo – a woman in charge

Sofia Baffo took control of the Ottoman Empire in 1583 AD. She ruled through her husband Murad III after her aunt and mother-in-law Nurbanu died. In 1593, Sofia entered into a war with Austria.

What was going on before Sofia Baffo?

After Murad died in 1595, Sofia ruled through her son, Mehmed III. She continued the war with Austria. Sofia continued to negotiate with Queen Elizabeth. Elizabeth sent Sofia a clockwork organ and a carriage as gifts, to get Ottoman help against the Spanish and Austrians. Henry IV of France also tried to make an alliance with her against Spain and Austria.

But when the Ottoman army lost some battles in Austria, Ottoman opinion turned against Europeans and Christians in general. And Elizabeth died. So they didn’t make an alliance in the end. Mehmed died in 1603, and his mother Sofia continued to rule through her grandson, Ahmed.

Who are the Ottomans fighting in Austria? 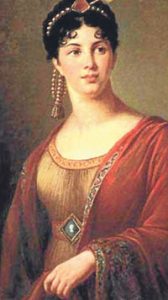 Who were the Hapsburgs?

After Sofia died, Ahmed’s wife Kosem Sultan took over. But the Ottoman Empire ran into some hard times. Austria stopped paying tribute to the Ottomans in 1606. Henry IV died in 1610, and Kosem Sultan lost land in the east to the Safavid Shah Abbas I. First she lost Georgia and Azerbaijan, then most of what is now Iraq.

Who were the Safavids?

Like Sofia, Kosem Sultan ruled through several sons, and then through her grandson Mehmed IV. By entering the Thirty Years’ War, she was able to gain some land in Hungary to make up for what she had lost in the East. After Shah Abbas died, Kosem Sultan was able to reconquer Baghdad, too (in 1638).

What was the Thirty Years’ War about? 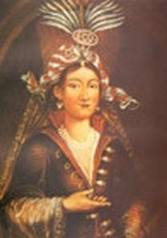 But in 1651 Mehmed’s mother, Turhan Hatice, killed Kosem Sultan in order to get power for herself. Turhan Hatice fought a war with Venice over the island of Crete, but this war was very expensive, and the Ottomans were poorer than they used to be.

Portuguese ships were bringing back loads of silver from mines in South America, and they were using this silver to buy silk and cotton and porcelain and pepper and other Silk Road luxuries from the Ottomans. At first this made the Ottomans rich, but then there was so much silver around that it was worth less and less.

At the same time, English, Spanish, and Portuguese ships were starting to sail around Africa and India to China and buy luxuries directly, instead of through the Silk Road. For both these reasons, the Ottomans gradually lost the riches they had gotten through trade, and started just producing what they needed for themselves.

In 1656, the Venetians succeeded in cutting the Ottoman navy off, so they couldn’t get back to Istanbul. Turhan Hatice was forced to turn over most of her power to Mehmed’s Grand Vizier, Koprulu Mehmed Pasha. This was the end of women ruling the Ottoman Empire – about 75 years before women began to rule in Russia.