Modern Iran – the Shah of Iran 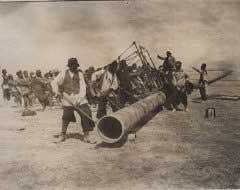 Modern Iran: Taking Iran’s oil for the British navy in World War I

Nasser al-Din was shot and killed in 1896, when he was 65 years old. His son Mozaffar ad-Din ruled after him. But Iran fell deeper and deeper into debt to Russia and Britain. The country became less and less independent.

Who was Nasser al-Din?
The Russian revolution
Victorian England
All our West Asia articles
All our Central Asia articles

To pay the debts, Mozaffar sold more and more rights to Russian and British companies – oil rights, especially. So most of the money from Iran’s oil left Iran and went to other countries. The mood that brought revolution and political organizing to India, Russia and China about this time also reached Iran. So in 1907 Mozaffar signed a new constitution for modern Iran – just before he died. 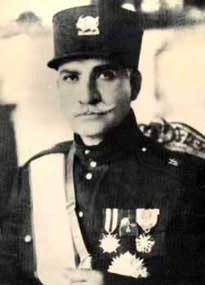 Russia and Britain fight over Iran

After World War I the British used Iran as a base to attack Russia. They wanted to stop the Russian Revolution (as they had attacked France to try to stop the French Revolution a hundred years earlier). When Britain’s attack on Russia failed, the Russian counterattack ended up taking a lot of Iran’s land again. 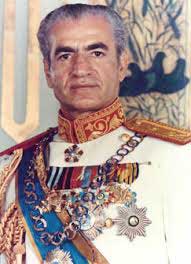 In 1921, a leading Iranian general, Reza Shah Pahlavi, took over the country with British support and exiled Mozaffar’s powerless grandson. Shah Pahlavi ended the Qajar dynasty, ruling as a military dictator like Stalin, Chiang Kai-Shek, or Hitler. Reza Shah pushed Stalin back out of Iran. He made alliances with Hitler in Germany and Mussolini in Italy to reduce British power in Iran. He was trying to make Iran into an independent country again.

But World War II began with Russia and Britain allied against Germany and Italy. Reza Shah tried to keep Iran neutral.  So the Russian and British armies took control of Iran again. They forced Reza Shah to abdicate and leave his limited power to his son, Mohammed Reza Pahlavi. 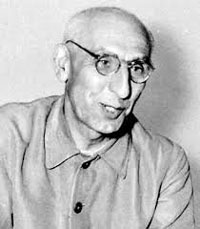 After World War II, with Britain weaker than before, the United States pretty much took over running modern Iran. Under the United States’ prodding, Shah Mohammed recognized Israel, gave women the vote, and let foreign oil companies keep most of the oil money. Anyone who tried to object was killed or put in jail.

Why is oil important?
World War II
Why the United States?

In 1951, Mohammad Mossadegh, the newly elected prime minister, tried to change Iran’s direction. He got a democratically elected Iranian Parliament to vote to nationalize Iran’s oil – to seize control of it from foreign oil companies.

In response, the United States President Truman illegally ordered United States CIA spies to push Mossadegh out of power and into prison. That’s what they did. The United States overthrew a democratically elected government to put the Shah back in power, mainly in order to keep the oil companies happy. People in Iran were very very angry. 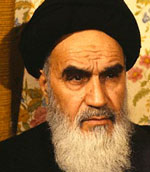 Nobody in Iran was happy about being under the Shah and United States power again. The Shah tried to get popular support through massive land redistribution in the 1960s, but he was never popular. In 1979, the Ayatollah Khomeini led a revolution in Iran, and the Shah fled to Egypt. The revolution forced the United States out of power in Iran, and led to a democratically elected government which controlled its own oil.

What is land redistribution?

Democracy in Iran – and Iran’s women

Like many democracies, including in the United States, the Iranian democracy was hard on women: once again women were forced to cover their heads and their bodies, and kept far from political power.