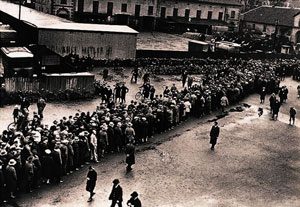 Why did World War II start?

The Depression left everyone in Europe feeling angry and upset, because so many people were poor. People were especially upset in Germany, where they also were angry about losing World War I.

History of Germany
Europe and colonization 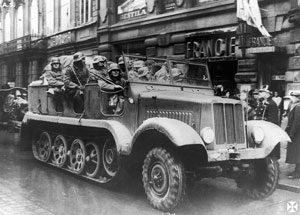 Hitler is elected to power

Germany’s leader, Adolf Hitler, was able to use this anger to get power. Hitler encouraged the Germans to fight back. He built factories and gave people jobs, and ended the Depression.

In 1939, after making a deal with Russia to keep Russia out of the war, Hitler suddenly attacked Poland. Nobody did anything to stop him, so in 1940 Hitler attacked Norway and Denmark, and soon afterwards Belgium, the Netherlands, and France.

All of these countries surrendered right away. Hitler thought he would make a new Roman Empire, like Napoleon – he called his empire the “Third Reich” because it came after those two.

Next Hitler attacked Britain. That was harder because Britain is an island and the British Navy was stronger than the German Navy. So the Germans used airplanes to attack. But this time the British Air Force (the Royal Air Force, or RAF) fought the Germans off. 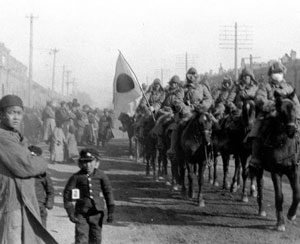 Japan and Italy join the war 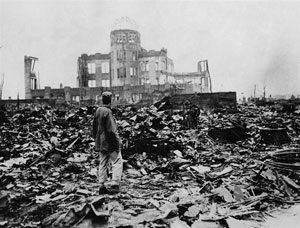 Russia and the United States fight in the war

Many Russians died, but Germany lost battles in Russia, and the cold winter and snow were too hard for the soldiers. The Russians slowly forced the Germans out of Russia during 1944, and then pushed them back across Poland and Hungary into Germany in 1945.

Meanwhile, the United States and Britain began to push the Germans out of France, too. Caught between two enemies, Germany surrendered in 1945, and Hitler shot himself dead. Japan kept fighting, but after the United States dropped two nuclear bombs on civilian cities in Japan, Japan surrendered too.