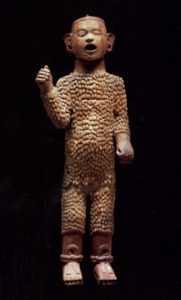 Who were the Aztec gods?

Aztec people were polytheistic – they had many gods. That’s the same as like the people of China, India, or Africa at this time.

Who were the Aztec?
Religion of the Maya
All our Central America articles

Many of the Aztec gods were parts of nature. Coatlicue was the god of creation. Xipe Totec was the seeds to be planted, that would grow into food (like Persephone for the Greeks).

Tlaloc was the god of rain (like Cheng-huangin China or Demeter for the Greeks). He had a companion Chalchiuhtlicue, the god of water. They worked with Chicomicoatl, who was the god of actually producing food. 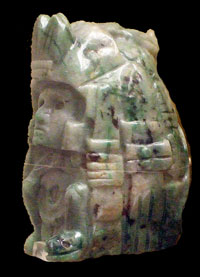 Quetzalcoatl’s brother was Tezcatlipoca, the god of wars that were fought at night (when Huitzilopochtil was resting). There were many more gods who were just the god of one small village or one particular place. Religious holidays happened according to calendars based on astronomical observations.

Aztec stone temples
What is a sacrifice?

They also prayed to their gods at smaller shrines in their houses and stores, and at sacred places like waterfalls and caves.