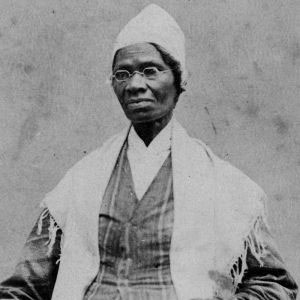 Sojourner Truth didn’t know where her people came from, because she was born into slavery. But it was probably West Africa or the Congo. She may have been part Native American. Sojourner Truth was born Isabella Baumfree in New York State, in 1797, just after the Revolutionary War. She had about ten brothers and sisters; they called her Belle for short. When Belle was only nine years old, her owner forced her to leave her family. He sold her to a stranger who beat her and abused her. When she was eleven, her abuser sold her to work in a hotel. And then when she was 13 she was sold again. Her new job was spinning wool.

When Belle was 15, she fell in love with a man named Robert who was also enslaved, and they had one or two children. But when Robert’s owner found out, he beat Robert so badly that he died. Belle married another man, and had three more children. But when Belle was almost 30 years old, she escaped with her baby girl, and then won a court case to get freedom for her 5 year old boy, too – the first court case like that any black woman had won against a white man. For a while she worked as a housekeeper. 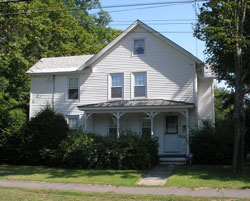 When Belle was almost fifty years old, and her kids were grown, she took the new name Sojourner Truth and became a traveling Methodist minister. She became friends with other freed African-Americans and women’s rights activists and organized collective farming communities with them. She dictated and published a book about her life. In 1850, she bought a brand-new house, and her book sales soon paid off the mortgage.

But Sojourner Truth is most famous for a speech she made in 1851 at a Women’s Rights Convention in Ohio. Men had been saying that women were too delicate to take care of themselves and needed men to care for them as if they were children. Sojourner Truth said she was a woman, and she had done a man’s work since she was a small child, and nobody had ever treated her as if she were delicate. She said women were as strong as men, and should be treated as equals to men, just as black people should be equal to white people. People were very impressed. When Sojourner Truth was 60 years old, she moved to Michigan with her daughter and grandsons to be part of a Quaker community. She picked and sold berries, but she kept on traveling and giving speeches.

During the Civil War, Sojourner Truth helped to win the right for black men to fight for the freedom of enslaved people. She met President Lincoln. After the war, when African-Americans were free and black men got the vote, Sojourner Truth spent many years giving speeches asking why only black men, and not black women, had been given the vote. She tried to get the government to give the freed families land out West to farm, and she worked to make prisons better places, and to stop capital punishment. Sojourner Truth died at home in 1883, when she was 86 years old. In 1920, women finally got the right to vote.