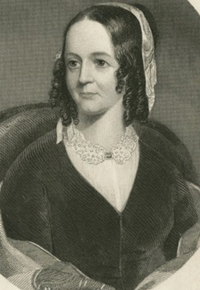 Sarah Hale, who made Thanksgiving a national holiday

Thanksgiving in the 1700s

Official Thanksgiving in the Northeast

During the 1800s, more and more people started to have turkey for Thanksgiving. Other north-eastern states began to have official Thanksgiving holidays too, though not all on the same day. In the South, most states didn’t celebrate Thanksgiving at all, and in the West, where people like the Californians, the Shoshone, and the Blackfoot didn’t farm, nobody celebrated Thanksgiving either.

Who were the Californians?
Where did the Shoshone live?

But in the 1800s, men began to make women stay home from parades and public feasts, so women began to want to celebrate holidays at home. And the Civil War in the 1860s made the United States government much less willing to let states decide things for themselves. In 1863, in response to a campaign by the anti-slavery activist Sarah Hale, President Lincoln announced that the whole United States would celebrate Thanksgiving together on the last Thursday in November.

More about the Civil War
Slavery in the United States

The South hates on Thanksgiving

The southern states, which considered themselves independent, ignored this law. Even after they lost the Civil War in 1865, for decades many southern people refused to celebrate Thanksgiving, because it was a northern and anti-slavery holiday. In the last part of the 1800s, as the European settlers moved west and forced more and more people onto reservations and began farming the land, people in the western part of North America also slowly began to celebrate Thanksgiving. As the holiday moved west, and farther from the ocean, oysters and clams gradually dropped off the menu. 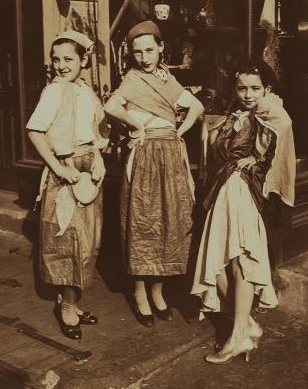 Beginning about 1900, city mayors tried to stop people from mumming at Christmas. As a result kids began to celebrate Thanksgiving by going trick-or-treating from house to house, the way you do now on Halloween. During the 1930s and 1940s, school principals and other officials worked hard to make Thanksgiving more of a family holiday. They gradually got kids to move their trick-or-treating to Halloween.

The Fourth Thursday in November

While many Native Americans continue to celebrate the Green Corn Ceremony, and others celebrate Thanksgiving, beginning in 1970, some Wampanoag and other Native American people began to observe a National Day of Mourning instead of Thanksgiving. They wanted to remind people how their land was stolen by the white settlers they tried to help.

How Thanksgiving got started