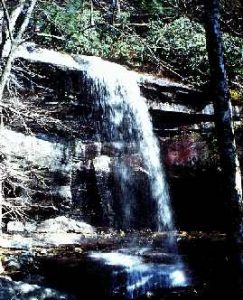 Cherokee environment: A waterfall in what is now the south-eastern United States

Where the Cherokee lived

Where people of the Cherokee nation lived, in what is now North and South Carolina and Georgia, was a great place to live. It never got very cold – even in winter it hardly ever snowed – and it never got that hot either. In the summer, it did get pretty humid, as it does now. There was plenty of water, all year round.

Mostly Cherokee people lived in the pine forests, along the Allegheny river and other smaller rivers, and up in the Appalachian mountains.

There were plenty of deer and small animals like rabbits and squirrels to hunt, and lots of fish in the rivers. The Cherokee built fishing weirs – little dams – to create ponds that made it easier for them to catch fish in the rivers. Along the coast, you could gather shellfish like clams and mussels and oysters, and soft-shell crabs, too.

The history of fishing 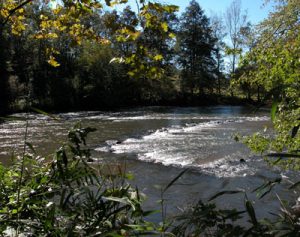 Climate change and the Cherokee

But the climate didn’t always stay the same. Around 800 AD, there was a global warming period we call the Medieval Warm Period.

What was the Medieval Warm Period?

The weather got warmer than it had been before. Summers were hotter, and it snowed less in the winter. The Iroquois moved further north, and maybe the Cherokee did too.

The Cherokee’s neighbors: the Iroquois

Then around 1300, the earth cooled down again, starting the Little Ice Age. Winters got tougher. The Iroquois moved further south, where they probably got into fights with the Cherokee about land.

What else happened during the Little Ice Age?

Did you find out what you wanted to know about the Cherokee environment? Let us know in the comments!

Learn by doing: a scavenger hunt
More about the Cherokee

Bibliography and further reading about the Cherokee environment: