Theodoric and the Ostrogoths 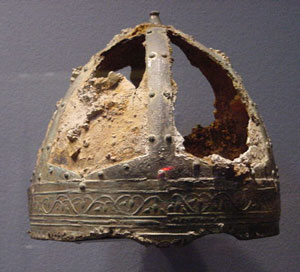 By 476 AD, the Ostrogoths were still living north of the Black Sea, but the Roman Emperors no longer had any practical power in the West. In that year, the last Roman Emperor in the West, Romulus Augustulus, was deposed, and a Hun named Odoacer took charge of what was left of the Western Empire (mainly Italy). Odoacer sent a message to the Roman Emperor in the East, Zeno, telling him that it was no longer necessary to have a Western emperor, thank you very much.

Zeno was not totally happy with this arrangement, and wanted to take back control of Italy. But he had no Roman soldiers free to go to Italy; they were all needed to defend Constantinople from the Sassanians. So Zeno sent the Arian Ostrogoths, under their king Theodoric, to take Italy back from Odoacer.

Get an Ostrogoth t-shirt!

The Ostrogoths soon did get rid of Odoacer (and kill him), and then Theodoric effectively became king of Italy, although unlike Odoacer Theodoric was smart enough not to tell Zeno that! Officially, Theodoric was Zeno’s representative in Italy. But he did what he liked.

Theodoric ruled a long time, and he did a good job. He even ruled Spain for a long time, as regent for his grandson, the baby king there, putting together a good-sized piece of the old Roman Empire. 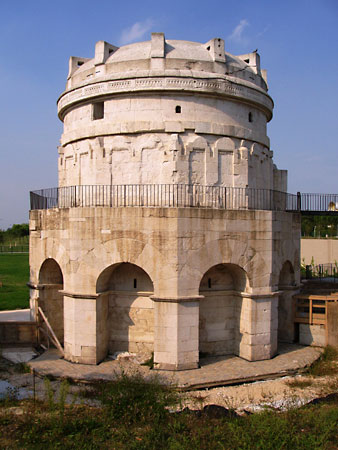 But after Theodoric died, his successors were not as strong rulers. Soon Justinian, the Roman Emperor in the East, decided to try to take Italy back again. Justinian first sent his general, Belisarius, to conquer Africa from the Vandals. When Belisarius won there, Justinian told him to reconquer Italy too. But it was harder to reconquer Italy. The Ostrogoths fought back. The Romans did eventually win, but only after twenty years of fighting in Italy had wrecked the farms and houses there.

Learn by doing: make a war helmet
More about Italy: the Lombards

Bibliography and further reading about the Ostrogoths: