Fourth Crusade – the sack of Constantinople

The Pope calls for another crusade

In 1200 AD, Pope Innocent began to ask the rulers of Europe to participate in a fourth crusade, again attempting to take Jerusalem away from the Ayyubids who ruled there. Saladin had died in 1193 AD, and some Europeans thought his successors were weaker and would be easier to beat. The kings and queens of Europe weren’t interested, but the counts of Toulouse agreed to organize it.

Who was Saladin?
The Third Crusade
Toulouse and Carcassonne
All our medieval Europe articles

The Counts of Toulouse had recently lost most of their power to the rulers of France, in the north. (The north was using the South’s money to build those big Gothic cathedrals.) The Counts saw the Fourth Crusade as a chance to get rich, or get power, or both.

This time they would try something different. Instead of coming down from the north, the European armies would sail south to Egypt, and then come up from there to Jerusalem. 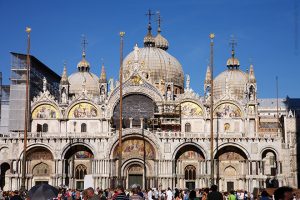 Getting ships from Venice

In order to get enough ships to take everyone to Egypt, the armies needed help from the Eastern Mediterranean’s great sea power, Venice.

How to pay for the ships?

In 1202, the Crusaders came to Venice to get their ships, but they didn’t have enough money to pay for them. So the Venetians said, “Okay, you can pay us later, but in exchange you have to fight for us to get back the city of Zara (in modern Hungary) that went over to the Hungarians a few years ago.”

Who were the Hungarians?

The Crusaders get in trouble

Crusaders get to Constantinople

What is excommunication?
Who was the Pope?
History of Christianity

The excommunicated Crusaders succeeded in forcing Zara to go back to being ruled by Venice. So the Crusaders were about to go on to Egypt with their ships.

Crusaders get into even more trouble…

But then Alexius Comnenus, the Roman emperor, got involved. His enemies had recently thrown him out of Constantinople. So he was like, “An army! Maybe they can help?” He asked the Crusaders to help him get into power again. He said he would pay for the rest of the Crusade, once he was back on his throne.

Who was Alexius Comnenus? 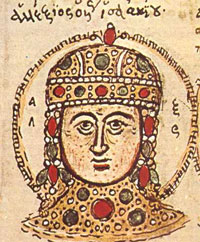 Instead of going to Egypt, the Crusaders agreed to this plan. So in 1203 (with the help of the Venetians) they took Constantinople and put Alexius IV on the throne.

But Alexius IV could not raise the money he had promised. When he tried to raise the money through taxes he became so unpopular that he and his father were killed and a new emperor, Alexius V, got on the throne.

Crusaders really do it this time.

The Crusaders were angry about not getting their money. In 1204 the Crusaders and Venetians attacked Constantinople and sacked the city. The Venetians also took control of a lot of islands which had belonged to the Empire.

The end of the Fourth Crusade

The Crusaders never did go on to Jerusalem, and never fought the Ayyubids at all. They took the piles of money and jewels and gold that they had captured in the sack of Constantinople and they went home. Venice got a lot of the cool stuff. The Pope agreed to let the excommunicated Crusaders back into the Church. The end.

Learn by doing: take a sailboat ride
The Fifth Crusade