Who was Xenophon? What’s the Anabasis? 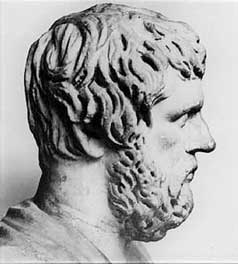 Xenophon, like Thucydides, was an Athenian from a rich family who lived during the Peloponnesian War, in the 400s BC. Xenophon (ZEN-oh-fahn) also had a lot of family connections to people from Sparta, and he thought the Spartans were doing a lot of things right. When Xenophon was young, he studied with Socrates, like Alcibiades and Plato and other young Athenian men of that time. Xenophon’s description of Socrates is the most detailed one we have after the one by Plato.

Ardashir II (Artaxerxes II) on his tomb at Persepolis in Iran

After the Athenians lost the Peloponnesian War in 404 BC, Xenophon (who had become a general) found himself leading a group of mercenary soldiers, who would fight for whoever would pay them. They found work fighting for Cyrus, the brother of the Persian king Ardashir II. Cyrus wanted to be king himself, and he hired all these Greek mercenaries to fight the Persian army so he could become king. 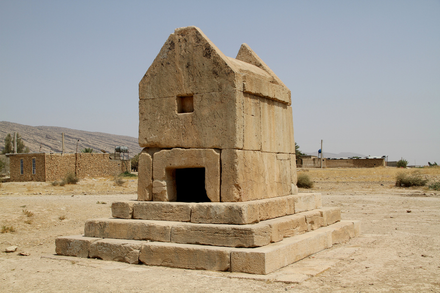 Xenophon and his soldiers did fight this battle, and they won. But Cyrus was killed in the battle, and so they found themselves deep in the Persian Empire, with nobody to make king. They had many dangerous adventures before they were able to fight their way back out of Persia to Greece.

After he got home to Athens, Xenophon wrote down the story of these adventures, which is called the Anabasis (ah-NAH-bah-siss). That’s Greek for “going up there” – that is, going up to Persia.

Bibliography and further reading about Xenophon:

Xenophon’s March: Into the Lair of the Persian Lion, by John Prevas (2002). A popularized retelling of Xenophon’s story.