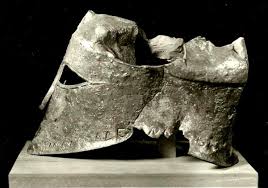 Miltiades’ bronze helmet from the Battle of Marathon

Pheidippides runs to Sparta to get help

The Athenians took up a strong position in the hills around Marathon and (according to legend) sent a runner, Pheidippides (fie-DIP-ih-dees), to another Greek city, Sparta, to ask for help. Sparta had the best army in Greece, and was certainly against the Persians.

The Ionian Revolt
The First Persian War
First part of the Battle of Marathon
Who were the Persians?

Pheidippides arrived two days later in Sparta; Herodotus says he ran 150 miles (240 kilometers) in two days! but the Spartans decided that for religious reasons they could not send help until the moon was full, several days later.

Who was Herodotus?
Classical Athens
And the Spartans?

The Athenians decide to attack on their own

The Athenians waited several more days, then, getting no help and again fearing that someone would betray them to the Persians, decided to attack on their own (with the help of some Plataeans, who lived near Athens). They had little hope of victory, but what else could they do?

Miltiades and the Athenian hoplites defeat the Persians

Much to everyone’s surprise, the well-trained Greek hoplites actually beat the Persian forces. The Greek general, Miltiades (mill-TIE-ah-dees), divided his men into three parts, the center, the left wing, and the right wing. Miltiades arranged for the center to pretend to fall back, and the Persian army ran after them.

Then the two Greek wings rushed in and attacked the Persians from the sides. According to Herodotus, thousands of Persians were killed, and only a few Athenians. Soon the Persians ran back to their ships and sailed away. The Athenians jumped up and down on the shore and cheered. 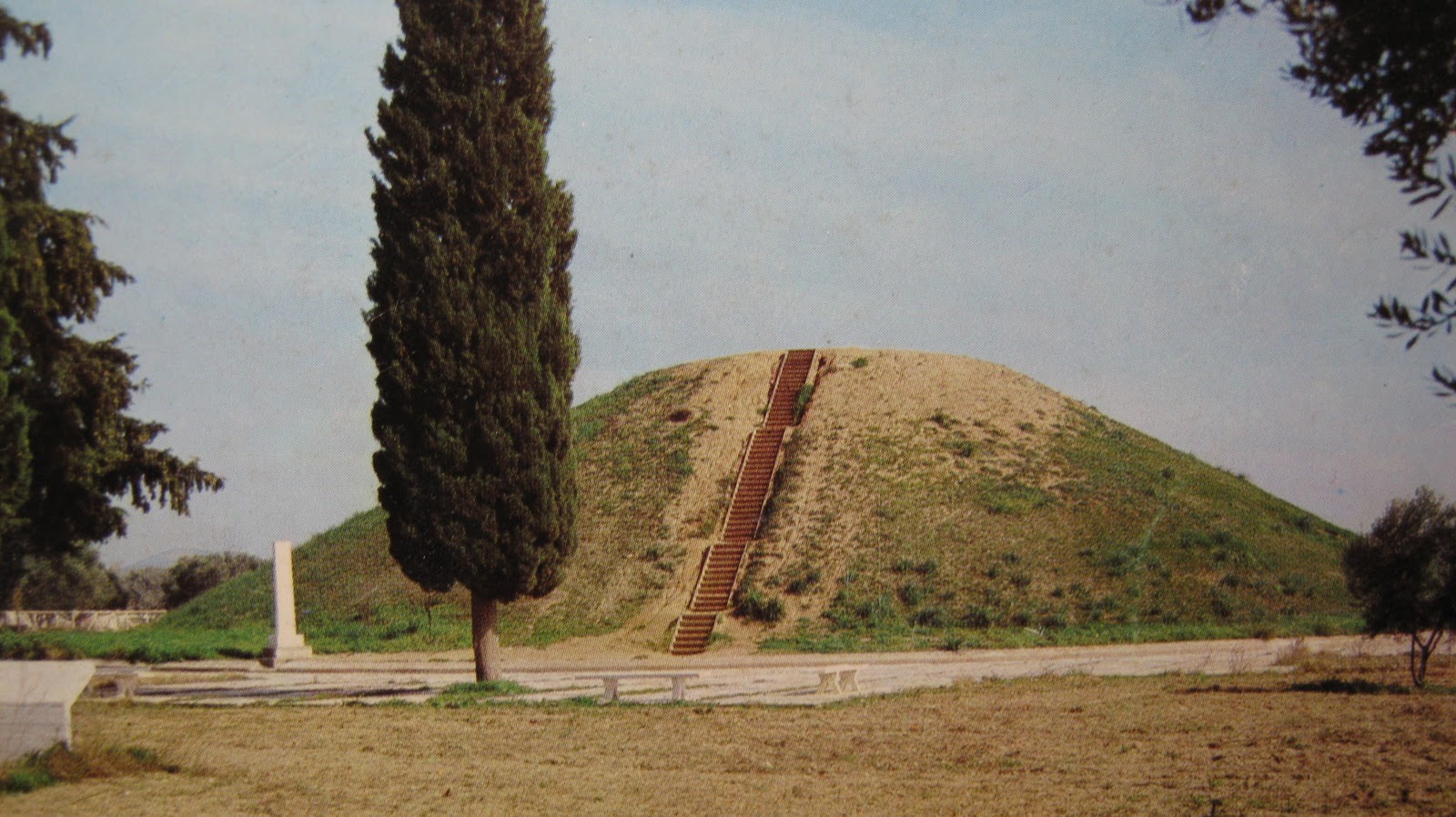 The Athenians run 24 miles back to Athens to defend their city: the first “marathon”

But then, after a few minutes, the Athenians began to wonder – where exactly were the Persians going? Were they going back to Persia, or were they sailing around the point to Athens? Remember the whole Athenian army was in Marathon. Only the Athenian women, untrained in war, were left to defend the children and the city.

So, even though they had just fought a great battle, and now it was hot and sunny, the Athenian men began running back to save their city and their children. They hurried the whole 25 miles back from Marathon to Athens (an eight hour march). And they beat the Persians back to Athens, because it takes twelve to fourteen hours to sail to Athens from Marathon.

When the Persians on their ships saw the Athenian army waiting for them inside the walls they gave it up and sailed back home to Persia. The next day, the Spartans finally arrived and the Athenians proudly took them for a tour of the battlefield. (That’s why we call a race of 24 miles a “marathon”.)

Aeschylus and the Battle of Marathon

The Athenians were very proud of beating the Persians, and more than a hundred years later people were proud to have had an ancestor who fought at Marathon. When the playwright Aeschylus died, even though he had won all sorts of prizes for his plays, all he wanted them to write on his tombstone was that he fought at Marathon.

Robert Graves and “The Persian Version”

This is a poem written about the Persian side of the battle. Do the Persians see it the same way as the Greeks? Why are there differences?

Truth-loving Persians do not dwell upon
The trivial skirmish fought near Marathon.
As for the Greek theatrical tradition
Which represents that summer’s expedition
Not as a mere reconnaissance in force
By three brigades of foot and one of horse
(Their left flank covered by some obsolete
Light craft detached from the main Persian fleet)
But as a grandiose, ill-starred attempt
To conquer Greece – they treat it with contempt;
And only incidentally refute
Major Greek claims, by stressing what repute
The Persian monarch and the Persian nation
Won by this salutary demonstration:
Despite a strong defence and adverse weather
All arms combined magnificently together.

Did you find out what you wanted to know about Pheidippides and the Battle of Marathon? Let us know in the comments!