Sparta and the Persian Wars 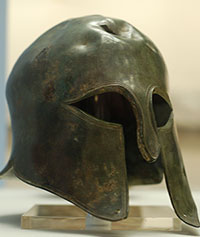 Even after Spartans grew up and got married, Spartan men ate all their meals with the other soldiers, instead of with their families. Meanwhile, Messenian (helot) families did stay together, but they all had to work very hard on the farms, and were treated badly by their Spartan masters.

When the Persians attacked Greece in 490 BC, the Spartans refused to surrender or make any alliance with the Persians. But they did not send any soldiers to fight at Marathon either, because they were in the middle of an important religious festival. 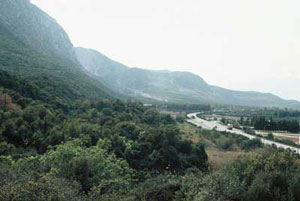 So when the Persians attacked again, in 480 BC, the Spartans wanted to show that they really were a strong army, just as good as the Athenians or better. They sent a lot of soldiers to defend the pass at Thermopylae. Many of them, including their general Leonidas, died there defending Greece. At the battle of Plataea, too, the Spartans showed their skill and courage.

Learn by doing: write a letter explaining to the Athenians why you can’t come to Marathon
The end of Sparta