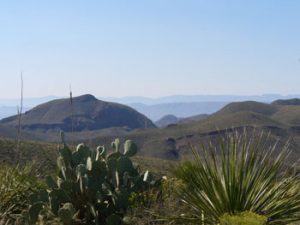 Where did the Apache come from?

Sometime around 1300 AD, some of the Athabascans, the ancestors of the Apache and Navajo people, left their homes in what is now western Canada and slowly travelled south to what is now Arizona, New Mexico, and western Texas.

More about the Navajo
Who were the Athabascans?
All our Native American articles

Why did the Apache leave Canada?

This may have been because of the climate change known as the Little Ice Age. The Navajo people settled to the west, and the Apache to the east. When the Apache arrived in the Southwest, they began to trade with the Pueblo people who were their new neighbors. The Apache learned many new things from the Pueblo people. 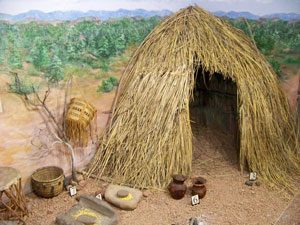 Apache life on the Plains

But the Apache did not start farming, as the Pueblo and Navajo did. Instead, they seem to have continued their own culture of hunting bison on the Plains.

The Apache hunted on foot. According to early Spanish reports, Apache people ate raw bison meat and drank the blood of the bison they killed.

But Apache people also traded bison meat and bison skins to the Pueblo people to get corn and woven cotton cloth and good stone tools. Like their Navajo cousins, Apache people used dogs pulling sleds to move their tipis and their stuff from hunting place to hunting place.

History of dogs
Where did corn come from?
Cotton cloth in the Americas

Learn by doing: try some bison meat (not raw!)
Apache people after the Spanish invaded