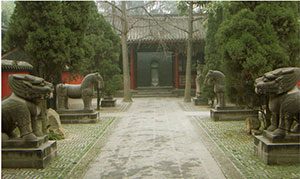 The Han Dynasty collapsed about 220 AD. For three hundred years after that, China was divided into three smaller kingdoms (which were each still really pretty big).

What happened to the Han Dynasty?
More ancient China articles 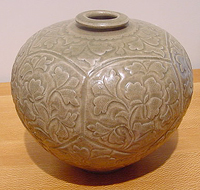 The Kingdom of Shu Han

One kingdom was Shu Han, and Liu Bei ruled the kingdom of Shu Han. It was in the south-west part of China. In 263 AD, Wei conquered Shu, and so the western half of China was reunited under the control of the Kingdom of Wei.

The Kingdom of Wei

The second kingdom was Wei, and the Ts’ao family ruled the kingdom of Wei. It was in the northern part of China. Wei was not really strong enough to protect itself against invaders from the north, and soon some of these invaders, the Toba, took over ruling it.

Only three years after Wei conquered Shu, in 266 AD, the Jurchen people of the north conquered both of them.

The Kingdom of Wu

The third kingdom was called Wu, and Sun Quan ruled it. Wu was in the eastern part of China, along the Pacific coast. Sun Quan finished several new canals that helped trade, and he improved the salt and metal industries.

When Sun Quan died, his youngest son inherited his title but never held any real power – Sun Quan’s generals ruled as regents. After a while they killed that son and put one of his brothers on the throne instead, but the generals still kept the real power.

In 264 AD, the brother died, and the generals put his nephew Sun Hao on the throne – but they still kept the real power. In order to make this seem like a good idea, they freed a lot of the enslaved women in the palace, reduced taxes, forgave debts, and redistributed land.

Why are these the demands people make?

But in 279 AD, the Jin attacked the Kingdom of Wu, and a year later, in 280, Sun Hao surrendered to the Jin Dynasty. (Don’t confuse this with the later Jin Dynasty of the 1100s!) That was the end of the Three Kingdoms period.

What’s the Romance of the Three Kingdoms?

The Jin dynasty soon fell into civil wars. In the late 200s AD, the Jin Dynasty seems to have received an embassy from the Roman Empire, though if this was an official embassy there is no record of it in Rome. This embassy arrived in 284 AD. 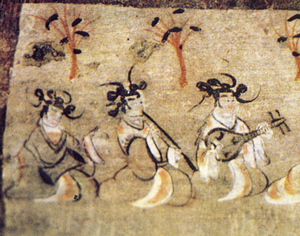 After about 300 more years, in 581 AD, the Sui Dynasty pulled China back together again into one big empire.

Did you find out what you wanted to know about China under the Three Kingdoms? Let us know in the comments!

Go on to the Sui Dynasty

Bibliography and further reading about the Three Kingdoms: