When was backgammon invented?

Backgammon’s from older board games

Backgammon is descended from much older board games from Africa and West Asia like Senet and Tabula and Nard.

It’s probably most closely related to the Royal Game of Ur, played in Sumer and in Shahr-i Sokhta (in modern Iran) about 3000 BC.

Sumer and Sumerians
When were dice invented? 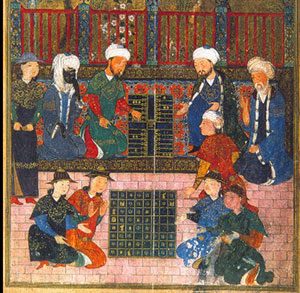 People in Iran seem to have been playing backgammon in more or less its modern form by the time of the Sassanid Empire, about 500 AD. They were playing the same game in Egypt, too.

About the same time, the Roman Emperor Zeno played a very similar game in Constantinople. That’s the first evidence we have for backgammon in Europe.

Backgammon in the Middle Ages

By the Middle Ages (about 1050 AD), people were playing backgammon all across Islamic North Africa and as far as Europe. They were still playing backgammon in West Asia and Central Asia, too. Islam brought backgammon to India, and to East Africa, and across the Sahara to Chad and Mali. 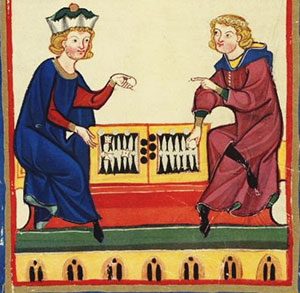 From Afghanistan to England, people used backgammon as a gambling game, betting money on rolls of the dice. To Europeans, this gambling seemed like a bad idea.

King Louis IX banned backgammon in France for a while when he got back from his Crusade, and in the 1500s backgammon was banned in England too.

In the Middle Ages, many Europeans thought playing this new foreign game of backgammon was a waste of time and would lead you to a bad life, just the way some people think of video games today.

Bibliography and further reading about the history of board games: