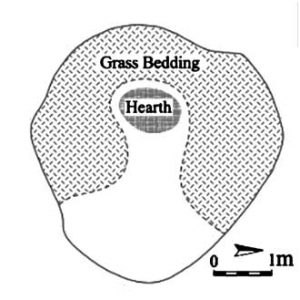 History of beds: Drawing of the grass bed inside a reed hut from Ohalo II (Galilee, 21000 BC)

When were beds invented?

When people came to West Asia from Africa about 60,000 BC, they brought the idea of sleeping in beds with them. People in Galilee (modern Israel) were already sleeping in beds in the Paleolithic, about 21,000 BC. So the history of beds goes back a long time!

What were early mattresses made of?

While earlier African beds were arrangements of leaves and grasses, these West Asian beds were made of grass covered with a thin coating of clay. Probably people used leather or fur blankets, or they just pulled some more dried grass and leaves over themselves.

By the time of the Sumerians, people were using beds that looked a lot like yours. Sleeping higher up off the ground was warmer in cold weather, and protected you from bugs in warm weather. 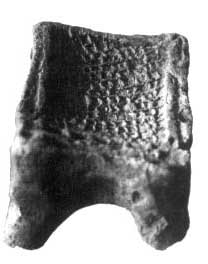 People lay bundles of reeds across a mud-brick platform to make a bed, with a woven reed mat on top. A lot of poor people just slept right on these reed mats, but richer people had linen sheets and wool blankets to make their beds more comfortable.

History of weaving
What is linen?
Where does wool come from?

A little more than a thousand years later, about 650 BC, the Assyrian king Assurbanipal had a fancier couch to lie on – he has a blanket, and soft pillows under his elbow, and his bedframe is made of fancy carved wood. He also has slaves waving fans to keep the bugs off him!

Slavery in West Asia
Who were the Assyrians? 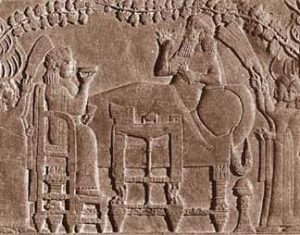 King Assurbanipal and his queen – Nineveh, ca. 650 BC

Like the Greeks and the Etruscans about the same time, King Assurbanipal isn’t sleeping in his bed – he’s eating and drinking wine. And like the Greeks (but not the Etruscans), women don’t rate couches. His wife, the queen, is sitting in a chair next to him.